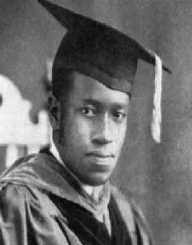 Elbert Frank Cox was born on December 5th, in 1895. He earned his fame for his expertise in mathematics. He earned credits for being the first black American to earn a Ph.D. in mathematics. After this, he went ahead and tutored at Howard University situated in Washington, D.C.

Elbert Frank Cox was born on December 5th, in 1969. His place of birth was in Evansville, Indiana. Cox took several classes in school including Mathematics, English, Latin, German, History, philosophy and several others. His brother also schooled at the same institution. Later, in 1917, he earned his bachelor’s degree. At the time, the transcript of black individuals was crossed with the word “COLORED.”

Shortly after, he went ahead and offered his services during World War I. After this, he pursued a teaching career where he specialized in teaching mathematics. In 1921, he applied to join Cornell University with the intentions of pursuing a doctoral program in his most loved subject, mathematics.

In spite of the expected challenges, as he was black, Cox successfully graduated in 1925.

A few months after earning his Ph.D., Cox began teaching at West Virginia State College. He mainly specialized in mathematics and physics. As a professor, he stood out among other professors since professors in mathematics were rarely found.

In 1930, he took a teaching job at Howard University. Here, he taught with other professors such as Charles Syphax and William Bauduit. These two had published their works which made them highly ranked as compared to Cox.

Cox wedded Beulah Kaufman in 1927. She was an elementary school teacher. The two had initially met in 1921. Right after their marriage, they welcomed their first born child in 1928. The following year, Cox took a job at Howard University.

Altogether, the pair had four children in their marriage, James, Eugene, Elbert, and Kenneth.