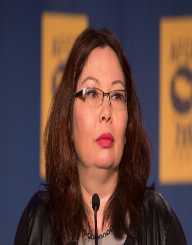 Tammy Duckworth was born on March 12th, in 1968. Her place of birth was in Bangkok, Thailand. She is a politician and a war veteran who changed the course of U.S. history by being the first congresswoman from the Asian-American descent. Considering the fact that she was born in Thailand, she also became the first woman born in Thailand to earn such a position of being a Congress member. In 2004, Duckworth served the army in the Iraq War. It is during this period that she lost both of her legs. In addition to this, she also sustained injuries on her right arm. Two years after this incident, she took the role of director of Illinois Department of Veterans Affairs.

Later on, in 2009, Tammy took the position of Assistant Secretary of Veterans Affairs after being appointed by President Barrack Obama. Things went from good to better as she won the people’s votes in being elected to Congress where she represented Illinois’ 8th District. In 2016, she again emerged victorious in her political career after defeating her rivals in the race for U.S. senatorial seat.

Tammy Duckworth was born on March 12th, 1968. Her father, Franklin Duckworth was a former U.S. Marine veteran who later passed away in 2005. Her mother was called Lamai Sompornpairin. At the time when Duckworth was still young, their family moved around a lot. This was attributed to the kind of work that her father was engaged in. He engaged in development programs that the United Nations tried to bring across several countries. This made the family move to some places within Southeast Asia.

Duckworth schooled at Singapore American School before their family moved again to Hawaii while she was sixteen years old. During this period, her family struggled as her father became unemployed. Therefore, the family had to depend on public assistance for survival. Duckworth went for her college education at the George Washington University located in Washington D.C. This was not the end of her education as she went on to pursue her Ph.D. at Northern Illinois University.

Just like her father, Tammy Duckworth raised interests in joining the military. She joined the Reserve Officers' Training Corps while continuing with her Ph.D. Later on, she opted for the idea of flying helicopters in the military. This was a decision that she made considering the fact that there were few combat jobs open for women at that time. She had to leave the university after being posted to Iraq. During her day to day mission of flying the helicopter, it was hit by an incoming missile causing a sudden explosion. The resultant effect of this was that it caused Duckworth to lose both legs. Her right arm also sustained injuries that would make it non-functional. With time Duckworth was frustrated in the manner in which U.S. policymakers failed to recognize the efforts and sacrifices the American soldiers were making to keep their country safe. Her service at the military did not go to waste after sustaining such terrible injuries. Rather, she was promoted to the rank of a major and was bestowed with a Purple Heart. While still fighting for her full recovery, she ventured into activism by ensuring that injured men and women at war were well taken care of including being offered compensations to their families.

Soon, Tammy Duckworth ventured into politics and ran for Congress in 2006. During these elections, she lost, but she was later appointed to be the head of Illinois Department of Veterans' Affairs. One of the incentives that she was fighting for in this post was to offer employers tax credit after employing war veterans.

Obama’s election to office also gave Duckworth another opportunity of helping veterans earn their recognition and worth in the society. She was chosen for the post of Assistant Secretary of Veterans Affairs by the president.
After failing to gain the seat of Congress in 2006, Duckworth gained the feeling that the right time to fight for the seat was in 2012. She won the elections this time. This made her become the first woman to be elected to serve as one of the U.S. House of Representatives. She was fulfilling her political dreams as well as setting an example to other minority groups out there.

Duckworth emerged victorious in 2016 after running for the seat of United States Congress defeating her opponent Mark S. Kirk.

In 1994, Tammy Duckworth tied the knot with Major Bryan Bowlsbey who also served in the Iraq War.