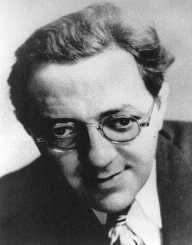 Herman Poto?nik, best known as Hermann Noordung, was a Slovene rocket engineer and a pioneer of cosmonautics. Born on December 22, 1892, he is best known for his work in solving the long-term human habitation of space. Herman Poto?nik served in the Austrian army from 1915 until 1919, when Herman Poto?nik was discharged after contracting tuberculosis during the World War I attaining the rank of captain.

Herman Poto?nik was born to Jožef and Minka on December 22, 1892, in the Austria-Hungarian port of Pula in southern Istria currently Croatia. Both parents were of Slovene ethnicity. Herman Poto?nik had two brothers Adolf and Gustav and a sister Fran?iška.His father was a doctor and high navy officer in the Austro-Hungarian Navy harbour of Pula. His father was part of the Austrian Navy under the command of von Tegethoff during the second Battle of Vis that defeated the Royal Italian Navy in 1866.

Herman Poto?nik later rose in rank to become a general in the Austro-Hungarian Army. Jožef died in 1894, and therefore the family moved to Maribor where Herman Poto?nik spent most of his childhood life. Herman Poto?nik started his education at Poto?nik after which he attended military secondary schools in Fischau and Hranice in Moravia. In 1910, Herman Poto?nik enrolled at the military academy in Modeling in Lower Austria where he graduated in 1913 as an engineer’s second lieutenant. His main specialization was in building bridges and railways.

Herman Poto?nik published his only book Das Problem der Befahrung des Weltraums - der Raketen-Motor (The Problem of Space Travel - The Rocket Motor) in Berlin in 1928. The which has 188 pages with 100 manmade illustrations, describes his plans for a breakthrough into space and the establishment of a permanent human presence there. Herman Poto?nik imagined a detailed design for a space station, seen as the first architecture in space by Russian and American historians of spaceflight. The book has been translated into several languages, and Poto?nik is regarded as one of the founders of Astronautics, with his many ideas about space.

Herman Poto?nik died August 27, 1929, at age 36 of pneumonia in Vienna, Austria. He died in abject poverty was buried in Vienna.

Herman Poto?nik has been named after several places and monuments including the Asteroid 19612 Noordung discovered in 1999 at Crni Vrh Observatory, Herman Poto?nik Noordung Memorial Centre (HPNMC) in Vitanje, Slovenia, 2006 and streets in Graz and Ljubljana and Pula bears his name.