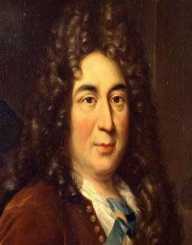 Charles Perrault is a French-born author and poet best remembered for his work Mother Goose fairy tales in 1667. He is regarded as one of the most influential writers in the literary scene from the 17th century.

Charles Perrault was born in Paris France on 12th January 1628 to a wealthy family. He was the 7th born child of Paquette Le Clerc and Pierre Perrault. His background enabled him to attend top rated schools. He later went to law school before securing himself a job in the government.

Charles Perrault later moved with one of his brothers who had secured a job as a principal tax collector in Paris to Paris. He was later appointed as the secretary of Academy of Inscriptions and Belles-Lettres founded in 1663.

In honor of Charles Le Brun, Perrault wrote La Peinture, in 1668. During that year he again wrote Courses de tetes et de bague, in commemoration of the celebration staged by Louis in 1662.

At the age of 19, Charles Perrault married Marie Guichon in 1672.

At the age of 56, Charles Perrault was forced to retire from his job by Colbert, whose intention was giving the job to his son. This forced him to put all his effort into his writing career. He wrote Christian poets to show his dedication to Christianity. Some of his work included évêque de Nôle and Saint Paulin.

His children motivated him to write various fairy tales aimed at shaping their morals. He wrote Tales and Stories of The Past. His stories including The Sleeping Beauty and Cinderella are still told in their original form while many others have subsequently been altered over time.

His most famous fairy tale story was Puss in Boots Stories, a moral fairy tale book Perrault had dedicated to his children.