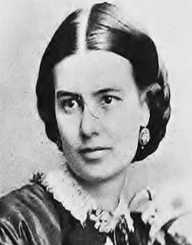 Ellen Arthur was born on August 30th, in 1837. She earns herself a spot among the famous for she was the wife of the 21st president of the United States. Unfortunately, she did not live to see the white house as she succumbed to pneumonia. Her husband, Chester A. Arthur became the vice president in late 1880. He took over as the president of the United States in September 1881 after President James Garfield was murdered.

Ellen Arthur was born on August 30th, in 1837. Her place of birth was in Culpeper Court House, Virginia. She was the daughter of Frances Elizabeth Hansborough and William Lewis Herndon.

Ellen first met Chester Arthur after the two were introduced to each other in 1856 by Ellen’s cousin called Dabney Herndon Maury. Maury was Arthurs' close friend. Arthur quickly fell in love with Ellen and after courting each other for a short while he proposed to her.

In October 25th, 1859 Ellen and Arthur tied the knot. At the time, Ellen was only 22 years old while Arthur was 30 years. As a couple, the pair were blessed with two sons and one daughter. Unfortunately, one of the sons passed away when he was young.

Apart from being Arthur’s wife, Ellen Arthur helped Arthur rise in his political career thanks to her extensive social network. She went ahead and introduced her husband Arthur to elite families that lived in the New York City. Some of the friends that Arthur crossed paths with as a result included the likes of Roosevelt, Astors, and Vanderbilts. Ellen’s wealth came from her mother’s possessions. This gave the couple the advantage of living luxurious lives. This benefited them as they managed to maintain their rich social circle.

Ellen Arthur developed a strong cold at the beginning of the year in 1880. She developed this cold on January 10th, and in just two days she passed away. She succumbed to pneumonia at the age of 42. Following her abrupt death, Arthur’s sister helped out to carry on the roles that she would have handled as the First Lady. Similarly, she also helped out to take care of their children.