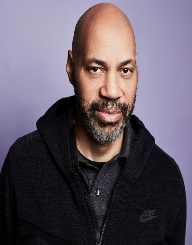 John Ridley television director, showrunner and a screenwriter. Also, he was born in the year 1965 in Wisconsin, America. In his career, he has written for some of the shows like The John Larroquette Show and Martin. Also, John got the opportunity to publish his first novel Stray Dogs in the year 1997. On his first cameo, John made his debut with the film Cold Around the Heart, a script which he also wrote. Later, John did some work on the movie like the Undercover Brothers and Barbershop.

John is famously known for his role in the production of 12 Years a Slave (2013) featuring some of the famous actors. After the creation of the movie, John goes to win an Academy Award for the Best Adapted Screenplay. In his career, John has also made an effort to create and be the showrunner of anthropology series American Crime. The series has also done well in the movie industry. Some of his most recent work includes the documentary film by the name Let It Fall: Los Angeles 1982-1992.

The baby boy John Ridley was born in the year 1965 on October in Milwaukee, Wisconsin. Later they moved to Mequon, Wisconsin where he was raised till the age of 7. John was born to his parents John Ridley and mother Terry Ridley. The father was an Ophthalmologist while the mother was a special education teacher at the Milwaukee Public School. John was the middle child of the three children of the Ridley family.

Immediately after finishing school, John got into performance arts. Therefore, he would do comedy in New York City. Sometimes later he even made an appearance on the David Letterman late night show. Also, sometime after that, John made another appearance at, The Tonight Show. In the year 1990, John Ridley made his move to Los Angeles. There he got the opportunity to write for televisions. He even wrote one of the funniest sitcoms starring Martin Lawrence; Martin.

Later John would get to work on The John Larroquette Show and the famous Fresh Prince of Bel-Air. These are the scripts that made the young John favorable among the people in the film industry. Sometime later, John had the chance to write and direct his first film, Cold Around the Heart (1997). After that, he together with Oliver Stone, worked on one of Johns books, Stray Dogs and turned it into a film.

After that, John would write the novels Love is a Rocket and Everybody Smokes in Hell. Moreover, sometime after this, Johns novel Spoils of War was adapted into a movie. The films name was Three Kings. After this, John went on to become a writer and producer in the role of a supervisor at NBC. There he managed to produce the movie Third Watch. During this time John the wrote novels like Those Who Walk in Darkness, The Drift and A Conversation with a Man. Sometime later John would write the famous graphic book, The American Way.

It was during this period that John worked on the script for the famous film 12 Years a Slave. Also, he got to develop other scenarios like Red Tails and Undercover Brothers. The film 12 Years a Slave thrust the fame of John through the roofs. Especially among the black community in the United States of America. With the film 12 Years a Slave, John won an Academy Award for the Best Adapted Screenplay. This was the second time in the film industry history for a Blackman ever to win this award.

In the year 2015 on April, he was working on one of the Marvels Comics for the ABC television. Later in the year 2018, John got the chance to be the director of his graphic novel The American Way. Then in the same year, John was the director of a feature film Needle in a Timestack that is an adaptation of Robert Silverberg’s short story.