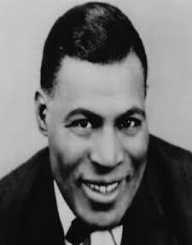 Howlin' Wolf was arguably the most original and distinctly influential blues musician of his generation. A self-driven musician, he rose to be the most revered African American blues artist in Britain.

Howlin' Wolf was born on June 10, 1910, in West Point in the US state of Mississippi. His birth name was Chester Arthur, named after the 21st president of the US. His musical nickname Howlin' Wolf was given to him in his childhood. He was one of the six children born to the Burnett’s family. Woolf had a rough start in life.

His parents divorced when he was about one year old. He was then raised by his mother and maternal uncle. Eventually, Wolf ran away from the abusive life he got from his mother and uncle. In 1923, he joined his father.

Like most children born to black plantation workers, Wolf never got any formal school. Instead, he worked on the farm and learned a trade. To him, music was the trade he chose. His father encouraged him to pursue his dream and bought him a guitar when Wolf was 18.

Howlin' Wolf was lucky to have good exposure to blues in his teenage years. Charlie Patton and Sonny Williamson were his great mentors. The two blues legends lived in nearby plantations. Williamson later married Wolf’s sister. His farming life and the musical journey was punctuated by the WW2. Wolf was enlisted in the army and was based in Seattle. Since he could not cope with the harsh life in the military, Wolf was discharged after a nervous breakdown. He returned to his farming life in Mississippi. In 1949, his father passed away. Wolf then left the farm for music.

Staying true to his southern roots, Wolf played his music in the traditional southern style. He did solo performances accompanied with his harmonica and guitar. His early songs were typical of his unique style. He used his variable tones and pitches in his voice to create a distinct vocal output. Songs, like How Many More Years, and Riding in the Moonlight, are notable examples.

After a while in the industry, Howlin' Wolf formed his band shortly before his father’s death. With his new band, The House Rockers, Wolf had his fortunes rise in Tennessee. Soon he got recording contracts with big label studios. First was with RPM Records, then Chess Records. When his popularity grew, he moved with his band to Chicago, the capital of Blues music. His influence in music made his band attract several talented musicians into his band. With that came good albums like Moaning in the Midnight, and others.

Ironically, Howlin' Wolf's music was well celebrated in the United Kingdom. Several rock artists did renditions of his songs. Wolf eventually toured Britain in 1964. After meeting The Rolling Stones, Wolf decided to work briefly with them. Together they released a version of Wolf’s earlier song The Red Rooster. The hit was a major hit in Britain, making Wolf a celebrity. In the late years of his music career, he continued to work with other musicians and produced hit songs. Some of the work included The Howlin’ Wolf Album and The Super Super Blues Band.

Howlin' Wolf got married to his wife Lillie Handley in 1964. They had two daughters. Despite his bulky physique on stage, Wolf was a calm and considerate person. He used to organize and volunteer in charitable work in the disadvantaged sectors in Chicago.

Many years after his separation from his mother, he went back to Mississippi. Despite the chance of having a luxurious life, his mother Gertrude refused the money Wolf gave him. His mother never approved of his music. To her, Wolf’s music was plainly devilish.

After an illustrious career, Howlin' Wolf died on January 10, 1976, in Illinois. He was 65 years. His health had been deteriorating for years, with several heart failures and complications with his kidneys. His remains were buried in Oakridge Cemetery.

With a disadvantaged background and no formal education, Howlin' Wolf rose to be one of the most celebrated Blues singers from the southern states of the US. His efforts were feted by an Honorary Degree from Columbia University in Chicago. The Howlin’ Wolf Foundation was started to preserve his work.

His career produced 22 albums. He had several inductions in the Blues Foundation, and Rock and Roll Hall of Fame Halls. A US postal stamp to honor him was released in 1994.