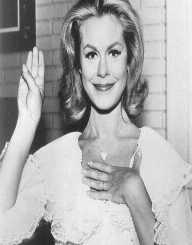 Elizabeth Montgomery was born on April 15, 1933. She was an American actress. She first appeared in her father’s show in 1951 titled ‘Robert Montgomery Presents.’ She is known mostly for his role in the film ‘Bewitched.’ Her role in the show earned her so much fame, popularity, and success. She played the role of a witch who married a human and tried to live the life of an ordinary housewife. The show brought to her five Emmy Award nominations. She was also an activist who advocated for women rights, gay rights and she supported for people with AIDS.

Elizabeth Montgomery was born on April 15, 1933, in Los Angeles, California, United States. She was born to Robert Montgomery and Elizabeth Daniel who were successful film stars. She had two siblings, Robert Montgomery Jr. and Martha Bryan. Martha Bryan died when she was an infant. She was both of Scottish and Irish descent. Elizabeth attended the Westland School for Girls. She later went to Spence School in New York. After graduation from High School, she went to study at the American Academy of Dramatic Arts.

In 1951, Elizabeth Montgomery made her television debut in her father’s show ‘Robert Montgomery Presents.’ In 1953, she performed her first show in theatre titled ‘Late Love’. Her character and role in the show earned her a Theatre World Award. In 1955, she made her film debut in the film ‘The Court Martial of Billy Mitchell’ alongside actors Ralph Bellamy and Charles Bickford. The film was directed by Otto Preminger.

She later appeared in the show ‘Bewitched’ which ran for eight years, that is, from 1964 to 1972. Her role in the show made her popular and famous. The show was a hit and it was received well by both critics and the general public. She played ‘Samantha Stephens’ in the show. The show earned her several award nominations. She continued to act and she appeared in movies such as ‘A Case of Rape’, ‘Art of Violence’, ‘A Killing Affair’ and ‘The Rules of Marriage’ among other movies.

Elizabeth Montgomery also made appearances on shows such as ‘Frontier Circus,’ ‘Checkmate’ and ’77 Sunset Strip’. Her last show on television was when she lent her voice in an episode of ‘Batman: The Animated Series’. The episode of ‘Batman: The Animated Series’ was released after her death. She was an activist who advocated for women rights as she deemed that women were being discriminated because of their gender. She also defended on gay rights and supported the people with HIV/ AIDS.

Montgomery also lent her voice to the controversial political documentaries ‘Cover Up: Behind the Iran Contra Affair’ which was released in 1988 and ‘The Panama Deception’ released in 1992.

Elizabeth Montgomery received five Emmy Award nominations and Golden Globe Award nominations for the film ‘Bewitched’ but she did not win any of them. She was awarded the ‘Crystal Lucy Award’ for the excellence and innovation in her works which helped improve women rights which she did via television.

In 1954, Elizabeth Montgomery married New York socialite Frederick Cammann whom she divorced in less than a year. In 1956, she married an Academy Award-winning actor Gig Young. In 1963, her marriage to actor Gig Young ended in divorce in 1963. In the same year, she married director William Asher with whom she had three children, William Asher Jr., Robert Asher and Rebecca Asher. She fell in love with director Richard Michaels hence ending her marriage to William in 1973. In 1993, she married actor Robert Foxworth whom she remained with until her death. She died on May 18, 1995, from cancer.