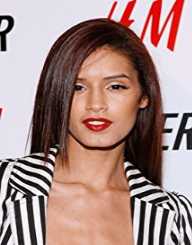 Jaslene Gonzalez was born on May 29th, in 1986. She is a Puerto Rican star who is famous for her TV hosting and modeling career. In her modeling her career, she won the America's Next Top Model’s Cycle 8 which was aired in 2007.

Jaslene Gonzalez was born on May 29th, 1986. Her place of birth was in Puerto Rico. She was raised in Humboldt Park in Chicago. For her early education, she enrolled at Notre Dame High School for Girls which is located in Chicago.

Before featuring in America's Next Top Model, Gonzalez was a university admission, online advisor. Her modeling career also began before she was featured in America’s Next Top Model. She was under the representation of Avant-Garde Models during her early modeling period.

Apart from being the winner of the eighth cycle of America’s Next Top Model, she had earlier featured in the seventh cycle. At this time, Gonzalez only got to the semifinals before she lost the contest. Winning the eighth cycle meant that she was the second winner of the competition who came from Illinois. The first winner from this location was Adrianne Curry who was in the first cycle, and the third winner was McKey Sullivan from the eleventh cycle.

There are several magazines that Gonzalez has modeled for. Some of them include New York Post, In Touch Weekly and US Weekly. She also featured in Vibe Vixen and Trace magazine.

Jaslene Gonzalez has been through an abusive relationship. After this, she went ahead and dated other people. Nonetheless, she is currently not dating anyone. Being a famous Latina, she stands as a role model to other women that have also been through abusive affairs. In line with this, Gonzalez partnered with National Domestic Violence Hotline with the main intention of creating awareness on early dating and dealing with violence in relationships.