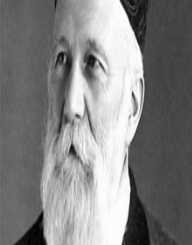 Henry Dunant was a great activist and founder of the Red Cross. He became the first Swiss to be awarded Nobel Peace Prize in 1901. This was together with his associate Frédéric Passy. His ideas led to Geneva Convention formation in 1864. Aside from being an activist, Henry Dunant was also a businessman and author.  He wrote the book A Memory of Solferino to keep his memories of Battle of Solferino. He was among those who witnessed the battle in Italy.  The book is what led to the foundation of International Committee of the Red Cross-ICRC in 1863. Though he was successful at some point in his life, he later went from riches to rags.

Henry Dunant was born Jean Henri Dunant. This was on May 8th, 1828 in Geneva, Switzerland. His parents were Jean-Jacques Dunant and Antoinette Dunant-Colladon. They were a devoted Calvinist family. His father was a businessman and mother was a social activist. This religious background led to Dunant’s religious activities at a young age. He served as the Young Men's Christian Association and traveled to places like Holland, France, and Belgium. His mother passed away in February 1868.

The religious set up Henry Dunant was brought up in influenced his participation in religious activities from a young age. At 18 he was a member of Geneva Society for Almsgiving. It was during a period called RéveilI. This was a religious awakening. He dropped out of Collège Calvin because of his poor performance. He joined efforts with Lullin et Sautter bank to form an apprenticeship in 1849.He was 21 years old.  At the age of 26, he represented the Compagnie genevoise des Colonies de Sétif in many countries. These include Tunisia, Algeria, and Sicily.  In 1852 he established the YMCA, The Geneva Chapter. He created a business to be conducted in foreign countries in 1856.

Henry Dunant authored the book Un Souvenir de Solferino- A Memory of Solferino. It got published in 1856. The book was loved by many. It was then that he decided to travel to places like Europe to sell his ideas. By 1858 he had authored the book An Account of the Regency in Tunis. This book mainly contained his memories of his experiences.

Henry Dunant was a successful businessman between 1867 and 1875. However, 1867 to 1875 marked a sharp contrast to his previous years. He was bankrupt. He had been got between running his businesses and humanitarian pursuits. He did not balance these two sides of the coin well. He focused much on humanitarian activism which led to the neglect of his businesses. His company in North Africa, for instance, was poorly managed. On the other hand grants for the water rights were not issued. The disaster affected not only him but also his friends and associates as well. This led to bitterness among victims involved, and Dunant no longer had a place in their hearts. This led to his downfall and loneliness.

He lived in solitude from 1875 to 1895. After moving from place to place, he later settled at Heiden. This was a small village in Swiss. In 1890 a village teacher named Wilhelm Sonderegger came across the lonely Dunant. He announced it to the world but it fell on deaf ears. No one even bothered to inquire further about his whereabouts. In 1892 Henry Dunant fell ill. He was moved to a nursing home at Heiden. This is where he spent 18 years of his life. He was rediscovered in 1895 upon which he received many awards and prizes. This, however, was of no consolation to a man who had live in solitude for such a long time. He remained confined in room 12 at the nursing home which had become his home and later came to be his place of death.

Henry Dunant was married to Susanna. They were blessed with a daughter.

Henry Dunant died on October 30, 1910, at the age of 82. He passed away at Heiden hospice in Switzerland. His birthday May 8 marked a day to celebrate Red Crescent Day and the World Red Cross day. Many streets and towns were named after him in Geneva and other places. Henry Dunant Museum in his former nursing home in Heiden is now used to preserve his legacy and memory.