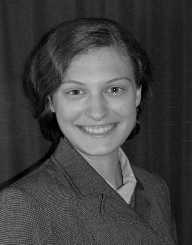 Dorothy Hodgkin was a biochemist well-known for her work on the structure of penicillin, insulin and vitamin B12. She won the 1964 Nobel Prize in Chemistry.

Dorothy Hodgkin was born Dorothy Mary Crowfoot on 12 May 1910, in Cairo, Egypt. Her parents were John Winter Crowfoot, an archaeologist and classical scholar, and Grace Mary Hood, also an archaeologist, an expert on Coptic textiles. She lived in the English expatriate community in Egypt and was the oldest of four daughters.

When World War I broke out, four-year-old Dorothy and her sisters were in the care of friends and relatives at Geldeston in Norfolk. In 1921, she studied at the Sir John Leman Grammar School in Beccles. She still made yearly visits to her parents in Egypt during her stay in England.

Dorothy Hodgkin developed a passion for chemistry; an interest was encouraged by Dr. A.F. Joseph, a friend of her parents in Sudan, and her mother. Dorothy and another girl were allowed to join the boys doing chemistry at school, which sparked her interest in Chemistry and biochemistry. She took private tuition in Latin and further science to gain entrance into the University of Oxford.

She studied at Oxford and Somerville College from 1928-32, where she was awarded a first-class honors degree at the University of Oxford for Chemistry. Dorothy was given a research fellowship in Somerville in 1933. The fellowship stipulated that she spent a year in Somerville and the next in Oxford. In 1934, she went to Oxford and worked there ever since.

After graduating from Oxford, Dorothy Hodgkin had difficulty finding work due to her gender. Dorothy was offered a position with John Desmond Bernal of Cambridge University, who was a pioneer of modern molecular biology. They were using X-ray crystallography to determine the 3D structure of proteins.

Dorothy and Bernal were interested in mapping complex organic molecules that were important to the functioning of living organisms. Her first work was working on the technique's first application to the analysis of a biological substance, pepsin. It was after this initial work that Somerville offered her the research fellowship.

Dorothy Hodgkin became a first fellow and tutor in chemistry in 1936 at Oxford University, where she worked until 1977. Her famous student included future Prime Minister Margaret Thatcher, who admired her, in the 1940s. The Prime Minister installed a portrait of Dorothy Hodgkin in Downing Street in the 1980s when she was working there. In 1953, Dorothy was one of the first people to see the model of the double helix structure of DNA that was constructed by Francis Crick and James Watson. The model based on data and technique acquired by Maurice Wilkins and Rosalind Franklin.

In 1958, Dorothy Hodgkin became a Foreign Honorary Member of the American Academy of Arts and Sciences. In 1960, Dorothy was appointed the Royal Society's Wolfson Research Professor, where she held for ten years. Later she was the Chancellor of the University of Bristol from 1970 to 1988. Dorothy was also a Fellow of the Royal Society (FRS) in 1942 and an EMBO Member in 1970. Dorothy was awarded an Honorary Degree (Doctor of Science) from the University of Bath in 1978.

Dorothy Hodgkin first 3D biomolecular structure discovery was in 1945, working with Harry Carlisle. They published the first such structure of cholesteryl iodide. In the same year, her team solved the structure of penicillin, showing that it contains a β-lactam ring. Their work was published in 1949.

In 1948, Dorothy mapped the structure of vitamin B12 using X-ray crystallography. The compound was only discovered earlier, and it had an unknown structure. It was this work that she won the Nobel Prize in Chemistry.

Even though Robert Robinson gave Dorothy a sample of crystalline insulin in 1934, she did not manage to obtain the molecular structure until 1969. It took thirty-five years for the X-ray crystallography to advance enough to solve the puzzle. She later spent her active years giving talks about insulin and its relationship with diabetes.

When Dorothy Hodgkin was twenty-four years old in 1934, Dorothy was diagnosed with rheumatoid arthritis. Even though she was wheelchair bound, she remained scientifically active. She also managed to tour American Institutions when she was eighty in 1990.

Dorothy married Thomas Hodgkin, who was an expert in African Studies, in 1937. Together, the couple had three children: Luke, Elizabeth, and Toby. Due to the nature of his work, Dorothy was banned from America for a while.

On 29 July 1994, Dorothy Hodgkin died after a stroke at her home in Shipston-on-Stour, Warwickshire. She was buried in the St Mary the Virgin Churchyard in Warwickshire, England.

Dorothy Hodgkin was a socialist and a supporter of world peace. She belonged to many international peace organizations. She was especially concerned about the welfare of scientists living in countries that were defined as adversaries by the United States and the United Kingdom during the sixties.

Dorothy was the chairman of the Pugwash movement from 1976 to 1988, which dealt with potential dangers that were raised by the scientific research.