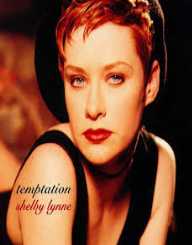 Shelby Lynne is an acclaimed American Country music singer and songwriter. She was born on October 22, 1968, in Quantico, Virginia, United States. She won a Grammy Award for her hit album ‘I am Shelby Lynne’ which was released in 1999.

After her later album ‘Just a Little Loving’ (2008), she started her record label known as Everso Records. Gaining her independence, she released three albums from her record label ‘Tears, Lies, and Alibis,’ ‘Merry Christmas’ and Revelation Road.

Shelby Lynne has a unique contralto voice and does other genres including ‘Americana and Pop rock. She has been active since 1988, and her music has gained much recognition in and outside the United States.

Shelby Lynne was born Shelby Lynn Moorer on October 22, 1968, in Quantico, Virginia. She was brought up in Mobile, Alabama. She enjoyed the nature of music that was in her family especially the country music.

Her mother was a great musician who influenced her into loving music. However, her father was an alcoholic who was careless and continually battered her mother.  Lynn was often exposed to scenes of apparent domestic violence and negligence.

Her mother took her and her sister and relocated to Mobile in 1985 where Lynn undertook her education. She went to Theodore High school. In 1986, her father found out their new home and killed their mother before taking his own life in front of her and her sister.

After high school, Shelby Lynne featured in the TNN Country Music show known as ‘Nashvillle Now’ in 1987. Her appearance on the show saw her getting a contract with Epic Records. She was able to do her first song at Epic Records alongside George Jones.

Her song ‘If I Could Bottle It Up’ became her first hit in the wake of 1988 top 50 hits. She later worked with producer Billy Sherrill and released album ‘Sunrise’ in 1989. Followed by ‘Tough All Over’ in 1990 and ‘Soft Talk’ in 1991 this was more of country pop. However, she learned that her career at Epic was not thriving and decided to part.

Shelby Lynne went to Smaller Creek Label and did her first recording titled ‘Temptation’ in 1993. Splitting again with Smaller Creek due to its instability, she went to Magnatone and released ‘Restless’ in 1995 which adopted country music style.  She also worked with Vince Gill as a background singer in his album ‘High Lonesome Sound’ in 1996 and performance in 1997.

She took a break from recording music until 1998 after which she began working with producer Bill Bottrell. Their efforts led to the birth of the award-winning album ‘I Am Shelby Lynne’ which won the Grammy Award for Best New Artist on February 21, 2001.

Shelby Lynne also worked with Glen Ballard for her album ‘Love, Shelby’ and produced ‘Identity Crisis’ on her own. In 2008, ‘Just a Little Lovin’ was recorded and released by Lost Highway Records and was ranked forty-one on the Billboard 200. Lynne wanted to break free and have her independence which prompted her to break from Lost Highway record due to conflict of interest.

She began her recording label known as Everso Records from where she released three of her later albums ‘Tears, Lies and Alibis’ (2010), ‘Merry Christmas’ (2010) and ‘Revelation Road’ (2011). Her sister Allison joined her for collaboration in the album ‘Not Dark Yet’ on August 18, 2017.

Shelby Lynne and her sister were actively involved in many of her projects including the 2008 album ‘Mockingbird.’  She has also participated in musical tours alongside her sister whom she referred to as a ‘go-getter.’ Between October and December 2010, the sisters performed in a total of five concerts in San Francisco, Alabama, Virginia and New York.

Shelby Lynne spends much of her time in music and delves much on musical tours. She is composed and does not display much of what happens in her personal life.