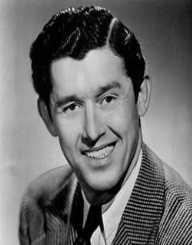 Roy Claxton Acuff was an American country music singer, vocalist, songwriter, and a fiddler. Born on September 15, 1903, he is acclaimed for taking the country music genre from its sting band-based to internationally accepted singer based format. Affectionately called "King of Country Music," he began a career in baseball before later switching to music in the 1930s.

He joined the Smoky Mountain Boys as a vocalist and fiddler, where he gained recognition and fame. In 1938, he joined the Grand Ole Opry, where he worked for about four decades. Acuff and Fred Rose established the country music publishing company, Acuff-Rose Music, in 1942, signing artists like Everly Brothers, Roy Orbison, and Hank Williams.

Roy Acuff was born to Ida and Simon E. Neil Acuff on September 15, 1903, in Maynardville, Tennessee. He was the third of five children by his parents. His father was a Baptist preacher, and accomplished fiddler and his mother played the piano. With both parents knowing how to play a musical instrument, Acuff learned how to play the jaw harp and harmonica.

Acuff was athletic growing up and engaged in sports in school. He received education at Central High School, where he took part in plays and sang in the school choir, alongside participating in sports. Graduating in 1925, he turned down a scholarship from Carson-Newman University.

With his love for sports especially baseball, Roy Acuff played for minor baseball clubs and boxed occasionally. He joined the Knoxville Smokies affiliated to New York Giants in 1929. However, his baseball career ended abruptly after bouts of collapses and sunstroke, leading to long illness and a nervous breakdown in 1930.

Recovering from his illness, Roy Acuff perfected his skill on the fiddle. In 1932, he joined Dr. Hauer’s medicine shows as an entertainer for the southern Appalachian region. It was during this time that he met banjoist, Clarence Ashley, from whom he learned his later recorded folk songs The House of the Rising Sun and Greenback Dollar. Leaving the medicine show in 1934, he joined other musicians for local concerts in Knoxville.

In 1934, Roy Acuff and guitarists Clell Summey and Jess Easterday form group Tennessee Crackerjacks. They became regular performers on the Knoxville radio stations WNOX and WROL. In 1935, bassist Red Jones joined as the group changed to became Crazy Tennesseans. Acuff became very popular and his rendition of the song The Great Speckled Bird, helped them earn a contract with ARC. They recorded several tracks for the label including the hit Wabash Cannonball in 1936, Grand Ole Opry.

The Crazy Tennesseans successfully auditioned for the Grand Ole Opry on their second attempt in 1938. They were able to impress founder George D. Hay and producer, earning a contract that year. Roy Acuff later changed the band’s name to Smoky Mountain Boys. They were joined by dobro player Bashful Brother Oswald (Beecher Kirby) guitarist Lonnie "Pap" Wilson and the banjoist Rachel Veach, while Clell Summey left.

Acuff’s powerful and distinctive vocals alongside high-pitched backing vocals made the group very popular. He also made some movie stings appearing in O, My Darling Clementine, 1943, Night Train to Memphis, 1946, and Home in San Antone in 1949 starring William Frawley and Lloyd Corrigan.

His popularly began to wane in the 1950s due to the rise of many other country music artists who had stronger youth appear. In 1972, his appearance on the Nitty Gritty Dirt Band’s album, Will the Circle Be Unbroken, briefly revived his career. He continued to record and performed on Opry.

Roy Acuff received the National Medal of Arts in 1991 and a lifetime achievement award from John F. Kennedy Centre for the Performing Arts.