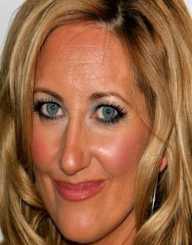 Lee Ann Womack was born in the city of Jacksonville, Texas, on August 19, 1966. Her mother was a teacher. Her father was a disc jockey and a high school principal. She has an older sister. In 1984, she graduated from Jacksonville High School. She then enrolled at the South Plains College. The next year, she switched to Belmont University in Nashville, Tennessee. She left a year before her graduation.

Lee Ann Womack began performing in a college band. She also interned at MCA Records. In 1995, she started recording demos and performing at smaller concerts. She first signed with Tree Publishing. In 1996, she signed with the record label Decca Nashville.

Womack released her first album in 1997. The singles “Never Again, Again” and “The Fool” were very successful and made it onto the country charts. The next year, she released her second album, Some Things I Know. The singles, “I’ll Think of a Reason Later” and “A Little Past Little Rock” almost topped the charts.

Lee Ann Womack released her third album in 2000. Her song “I Hope You Dance” topped the Billboard Country chart and reached the UK Singles Charts. She performed the song at the Nobel Peace Prize Concert and the Republican National Convention.

Womack released her fourth album, Something Worth Leaving Behind, in 2002. The music was closer to pop than to country music. It did not sell well. She then released The Season for Romance, a Christmas Album. In 2003, she got a small role in the crime drama The District. She also sang the theme for the children’s show The Berenstain Bears. In 2004, she released the album Greatest Hits.

In 2005, Lee Ann Womack released her fifth album, There’s More Where That Came From. It had a traditional country sound. It became a great success. The biggest hit was the single “I May Hate Myself in the Morning.” In 2008, she released an album named Call Me Crazy. She planned two more albums around that time, but they were never released. The next few years, she was featured on a few songs by other artists. She ended her contract with MCA Nashville in 2012.

Womack then signed with Sugar Hill Records. In 2014, she released the album The Way I’m Livin’. It was praised by critics. She collaborated with John Legend. She also appeared at a festival in the UK. In 2017, she made the album The Lonely, the Lonesome and the Gone. It was released through ATO Records.

Lee Ann Womack has won five Academy of Country Music Awards and six Country Music Association Awards. In 2003, she won a Grammy Award for Best Country Collaboration. She has had eleven other Grammy nominations.