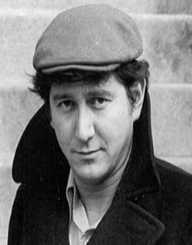 Phil David Ochs is one of the most regarded American folksinger and songwriter who is famous for his protest songs, sharp wit, sarcastic humor, and political activism. His collection consists of numerous songs also including eight albums.

Phil Ochs even performed at many places including places like anti-Vietnam war and civil rights rallies, student events and many concert appearances at places like New York and many more. He was a left social democrat and became a revolutionary very early in his life. The major topics or themes for his works were related to either Vietnam War or the Civil rights.

Phil Ochs was born on 19th of December in the year 1940 in El Paso, Texas. He was born to Jacob Ochs who was a physician and Gertrude Phin Ochs. He was admitted to the Ohio State University where he pursued Journalism, and it was here only that Phil Ochs became inclined and interested in music that was being played by Woody Guthrie and Peter Seeger.

Although by the age of 16, Phil Ochs just played classical music he soon started developing an interest in other areas of music as well, such as rock icons and country music artists. He also liked watching movies, and he admired big screen heroes such as John Wayne and Audie Murphy.

While at Ohio University, he also developed an interest in politics especially in the Cuban revolution in the year 1959. He also learned how to play the guitar and even started writing newspaper articles. When some of his articles were refused, he started his newspaper by the name of ‘The Word’. Later on both, his interests combined and he began writing topical political songs. Phil Ochs and Jim Glover even formed a duet.

Phil Ochs came to New York in the year 1962, and he also started performing in small folk nightclubs and made a name for himself. He was seen as an unpolished, but a very passionate vocalist who wrote about current events. He also described himself as a singing journalist.

He had started to make a name for himself and pursuing the same he made his first solo appearance at Carnegie Hall in the year 1966. Phil Ochs even contributed some songs and articles to the influential Broadside Magazine.

He released his first three albums by the year 1966, and both the critics and fans seem to appreciate the new album better than the predecessors. These albums not only made record sales but the same increased with each new release as well.

These albums were more or less the collection of Ochs’s topical songs like “Too Many Martyrs” and “Draft Dodger Rag” whereas there were some musical interpretations of some old poetry as well. The collection also had some introspective songs such as “Changes” and “When I’m Gone.”

Later Phil Ochs joined the A&M Records and also recorded four studio albums for them. Here Phil Ochs experimented with an ensemble and even orchestral instrumentation in the hope of producing a pop-folk hybrid, but it was not appreciated by the critics, and not even a single song went on to be considered a hit song.

Although he started experimenting with new things he never left his protest roots away from him.

Phil Ochs even created a Youth International Party which was also known as Yippies where they supported Eugene McCarthy’s bid for 1968 Democratic nomination for President. During the same, he performed in Chicago despite the warnings, and there he became a witness to the outrageous violence that took place against the protesters where even Phil Ochs was arrested at one point.

Later on, such events disturbed him a lot and pushed him into the gasps of depression where Phil Ochs developed a habit of drinking a lot, and the same also made his behavior a little erratic.

When he moved to New York in 1976, he was diagnosed with a bipolar disorder and following the same he committed suicide by hanging himself in Sonny’s home on April 9, 1976.