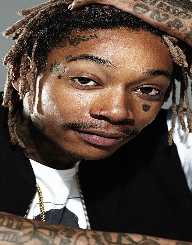 Devin Gordon is a pop and R&B artist in the three-man group Bomb Digz. He and his group mates found popularity in the wave of social media and YouTube enabled success, but it appears they are slowly developing themselves into authentic music stars.

Devin Gordon was born in New York on the 17th of November 2000. He has two sisters. One of them, his older sister Lucki Starr is also a pop/R&B artist.Lucki Starr has made some appearances in the Bomb Digz band as a guest artist.

The trio band Bomb Digz consists of Devin Gordon, Kevin Alston, and Daniel Veda. Their music career began with them making remixes and covers of hit songs and putting them up on YouTube and Sound Cloud.

They made covers of songs like Forty-five Seconds by Rihanna, Controlla by Drake and Cold Water by Justin Bieber. They also made other covers and remixes by artists like The Weeknd, Trey Songz, and Usher. They got their first wave of recognition in 2014 with the band’s remix of New Flame by Chris Brown.

They began to garner increased following on social media. They invented a slang Gizzy which started to catch on amongst their teenage fans. They also developed a loyal following of fans who called themselves Digaz.

As they started to develop beyond mere YouTube sensations the Grammy Nominated Producer, Allstar took the band under his wing musically to nurture them into real musicians and stars.

Soon the band started to enter into the world of substantial music artists. They began to be featured in performances by the likes of R5, Bella Thorne, and Jacob Latimore. They found themselves going on tours like the Pop Nation Tour, Vidcon, Barclay Center and the US Open. These tours marked milestones in the band’s career and level of popularity.

They are beginning to transcend beyond cover and remix artists. They have released their single Get Used To This. Devin Gordon and his band are still very young teenagers who have set themselves on the right path to stardom, having, taken full advantage that social media and the internet provided them.

Beyond the Bomb Digz band, Devin Gordon has made his achievements, and he continues to add impressive milestones to his resume. Devin has made an appearance in the song Let’s Move by Beyonce. He has also enjoyed some impressive endorsements, modeling contracts, and television commercials.

Devin Gordon has charisma, an apparent maturity, and sensibility that sets him apart in his group. Thus he has become the face of the Bomb Digz band and what seems like the De-facto head of the group. He also has a larger social media following than his other bandmates. He can often be seen regaling his loyal social media with fun videos of dance moves and what not.

Devin Gordon is a handsome young musician and public personality with a lot of promise.