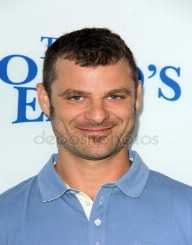 Matt Stone was born on May 26, 1971, in Houston, Texas, USA. His parents are Gerald Stone and Sheila Belasco. He has one sister, Rachel.

Matt Stone’s acting career began when Matt Stone was attending the University of Colorado. It was while in school that he made his first short film, Jesus vs. Frosty. Also in college, he acted in a play called Cannibal! The Musical. It was around this time that he met Trey Parker, who he would later work with him on other projects. Some of the other projects he worked on in his early career were Jesus vs. Santa, Orgazmo, and BASEketball.

One of Matt Stone’s well-known works is the animated adult cartoon he helped to create, animate, and direct called South Park. Matt Stone didn’t do it all alone, though. His friend, Trey Parker, helped to create the show. In various interviews, both men say the show wouldn’t be the same if they didn’t work together. The show is about a group of four boys living in a small town who go on wild adventures together. The show is littered with profanity and other forms of dirty jokes, but fans still love it. The show first aired on Comedy Central in 1997.

Some of the characters in the show started out as characters in a Christmas short, The Spirit of Christmas, but later grew to be its television show with twenty seasons (and much more to come). The show had its first movie adaption in 1999, called South Park: Bigger, Longer, and Uncut. The show also inspired several video games, including South Park: Chef's Luv Shack, Let’s Go Tower Defense Play!, Tenorman’s Revenge, and The Stick of Truth.

After South Park, Matt Stone continued to create, act, and direct numerous others shows and movies. In 2001, he created another show, That’s My Bush! However, this show was not as successful as South Park, and it only lasted for eight episodes. He is also known for writing the strange movie filmed entirely with marionettes, Team America: World Police. One of his lesser known movies is Imaginationland: The Movie. Outside of movies, he also produced a news documentary called How’s Your News? A hidden talent of his is also making music. Some of his music is just as dirty and filled with profanity as his shows, but his songs have still won him awards.

During Matt Stone’s career, he has won twelve awards, and he has been nominated for another eighteen. Some of his best awards are listed below.

Matt Stone married Angela Howard in 2008. The couple has two children together.