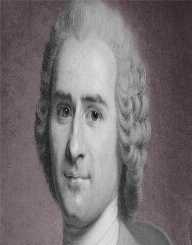 Jean-Jacques Rousseau was one of the most influential Genevan philosophers, writers, and Composers of the 18th century. The French and American Revolution influenced his works as well as his political philosophy. He is as also is known to have been responsible for the overall development of the modern political and educational thought. One of the greatest importance to the development of romantic and preromantic fictions is his popular highly sentimental novel, Julie, Ou La Nouvelle Heloise.

He also has his works like Discourse on the Origin of Inequalityand On the Social Contract to be the backbones of the modern day political thought. He is known to be the inspiration behind the democratic government as well as the social empowerment doctrine. Jean-Jacques Rousseau also made several contributions to music. He was later interred as one of the national heroes in Pantheon, Paris after sixteen years of his death. His works include Confessions, Reveries of Solitary Walker and Emile: or On Education.

Jean-Jacques Rousseau was born on 28 June 1712 in Geneva. His father was a watchmaker while his mother was the daughter of a Calvinist preacher. She died about nine days after his birth to fever. His father was a well-educated man as well as an ardent lover of music. His father later got into a legal battle with a wealthy landowner accusing him of trespassing into his properties. It was during that period that his father moved to Bern taking his aunt in with him.

He later lived outside Geneva for two years with a Calvinist Minister after leaving his father with his maternal uncle. In the hamlet he stayed outside Geneva, he learned mathematics and drawing.

He later became ambitious of becoming a Protestant minister after being influenced by the religious service. At the age of 15, he ran away from Geneva to a Roman Catholic Priest’s place. It was there that he got introduced to different people including Francoise-Louise de Warens who had a noble background. She was paid to bring Protestants to Catholicism by the King of Piedmont. Later on, he was sent to Turin with the intention of being converted completely to Catholicism. This led to the renouncement of his father and uncle. Jean-Jacques Rousseau worked to survive and stayed with De Warens partly. At the age of 20, he had a romantic relationship with Warens who had always been an influence in his life. He later studied philosophy and music during his 20s. He repaid De Warens for her financial support after receiving his mother’s inheritance in 1739 and worked as a tutor in Lyon.

Jean-Jacques Rousseau later moved to Paris to present a new system of musical notation to the Academie des Sciences in 1742. This was rejected due to its impracticality. He later worked for two years as a secretary to the Comte de Montague and was paid meagerly for this position. This made him quit and return to Paris where he fell in love with Therese Levasseur who was a seamstress then. He later started writing articles on music in 19749 after being close with a Frech philosopher, Diderot. By 1750, he wrote Discourse on the Arts and Sciences, and this got him a reputation.

He was later reconverted to Calvinism upon his return to Geneva gaining the Genevan citizenship. It was during that period that he completed his major work, Discourse on the Origin and the Basis of Inequality Among Men. He, however, published his 800-page novel, Julie Ou La Nouvelle Heloise, which became a very successful novel in 1761. The people well appreciated this novel. This made him get himself established as one of the most successful writers. He, however, got a backlash by the Protestant and Catholic authorities for allegedly including offensive comments on their religion. His books were banned in France and Geneva due to his books. Warrants were issued for his arrests, but he was able to escape to Swiss Confederation. His banned books were later distributed in France as a disguise.

During his exile, he wrote several books Constitutional Projects for Corsica and was stoned in his house in the town of Moutiers. Jean-Jacques Rousseau had to take refuge with David Hume in Great Britain. He returned to France under a false name and married Therese whose marriage was considered illegitimate. Rousseau was allowed in Paris in 1770 with an order not to publish any book. He later got a presidential invite to give recommendations on the Poland Constitution in 1772. In 1776, he released his last major work, Dialogues: Rousseau Judge of Jean-Jacques.

Jean-Jacques Rousseau suffered on 2nd of July, 1778 of hemorrhage at the age of 66. He got buried at Ermenonville on the Ile des Peupliers before his remains were moved to the Pantheon in Paris.