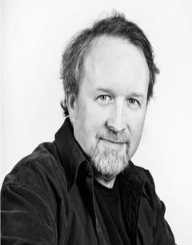 Aaron Allston was an American Author and Game Designer born on December 8th, 1960. He authored several novels and science fiction books during his career.   His contributions to the science fiction have been a significant influence to the field of fiction science worldwide. He developed an interest in his science fiction career at such a young age. Among his best novels were: Iron Fist, Wraith Squadron, and Mercy Kill among others. He came up with about 40 kinds of role-playing games during his career as a Game Designer. A few examples of such games were Lands of Mystery and Dungeons and Dragons.

Aaron Allston also known as Aaron Dale Allston was born on December 8th, 1960. His place of birth was Corsicana, Texas in the United States. He was the son to Tom Dale and Rose Binford. His family and other two generations before him had a writing history. He loved science fiction since he was a young lad.

During Aaron Allston's childhood and youth life, his family relocated frequently. He finished his early education in Denton. During his high school years, he was appointed the secretary of the Science Fiction Club. He was also the reporter of the Club. Later in 1979, he moved to Austin where he enrolled in his undergraduate studies at the University of Texas. He studied journalism at the University. However, he dropped out before attaining his degree.

His first career was at a daily newspaper, Austin – American Statesmen. He left in 1980 to become a circulation Manager at Space Gamer magazine. He was offered the position by Steve Jackson. He was a game designer and publisher for the magazine. He was later appointed assistant editor and then promoted to the editor during his three years career at the magazine.

In 1983, Aaron Allston followed another career path. He became a freelancer game designer and hero games, editor. On the other hand, he worked for the magazine, Star Trek. He joined TSR firm in 1986. This firm published Dungeons and Dragons, a popular game. He worked at the firm for almost ten years till the mid-1990s.

While at TSR he developed his first game in 1988. He based this game on Web of Danger, A fiction Novel by TSR. The game was not quite a success. In 1990 he developed another game owned by Origin Systems Inc. called The Savage Empire. He also developed several other games for the company.

Aaron Allston authored about forty games and thirteen different Novels throughout his career. In 1982 the magazine he works for as an editor, Space Gamer won the H.G Wells award. The magazine was appointed as the top role-playing magazine.

Aaron Allston was a senior bachelor. He loved pets and lived with a dog and four cats. He loved to pass his free time watching movies, reading, playing games and staying indoors.

Aaron Allston had a massive heart failure and died on February 27th, 2014. He died in Springfield, Missouri. He was laid to rest in Oakwood Cemetery located in Corsicana, Texas. He was 53 years old at the time of his death.