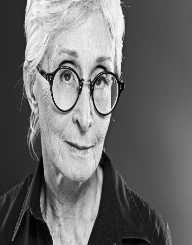 Twyla Tharp was born to Lucille and William Tharp in 1941 in Portland, Indiana. Twyla Tharp attended Pacific High School, San Bernardino and had some dance lessons at the Lynn School of Dance. After high school, Twyla Tharp went to the Pomona College and later transferred to the Barnard College in New York City. There Twyla Tharp graduated with a degree in arts and history in 1963. It was there that she met the likes of Richard Thomas, Martha Graham, and Merce Cunningham. Growing up Tharp’s mother who was enthused with performing arts encouraged her to take lessons in dance, piano, drum and others like German, French and shorthand lesson. Twyla Tharp also had to work at her mother’s drive-in movie theatre in Rialto, California. She joined the Paul Taylor Dance Company in 1963

Twyla Tharp moved from the Paul Taylor Dance Company to form the Twyla Tharp Dance in 1965 at age 23. The company initially suffered some setbacks but was able to come out with the debut choreographyTank Drive. Her works were mostly done with classical music, contemporary pop, and jazz. To showcase her works, Twyla Tharp didn’t work only in the US but regularly traveled across the world to perform in the years 1971 to 1988. Her brilliance in the crossover ballet came to bare when Twyla Tharp choreographed Deuce Coupe in 1973 and Push Comes to Shove, 1976 which the music of The Beach Boys and Mikhail Baryshnikov respectively.

Her work in Deuce Coupe is considered the first crossover ballet whiles Push Comes to Shove stands crossover ballet best example. Her dance company later merged with American Ballet Theatre in 1988. The company has since organized world premieres of 16 of Tharp’s work. Twyla Tharp also worked with Pacific Northwest Ballet, The Royal Ballet, Miami City Ballet, American Ballet Theatre and several others. Tharp did lots of work on Broadway in the 1980s. Her debut work was when Twyla Tharp Dance performed When We Were Young in 1980. She followed it with her collaborative work with David Byrne, The Catherine Wheel at the Winter Garden.

Twyla Tharp in 2000 saw the new to revive the Twyla Tharp Dance which she did with new dancers. The group became vibrant and the choreography Movin’ Out which featured a song by Billy Joel won an award. Movin’ Out did very well and had about 1,331 performances on Broadway. This was followed by a nationwide tour in 2004. In 2005 she choreographed the record making, The Times They Are a-Changin’with themusic by Bob Dylan. The show became the highest sold and highest grossing till March 2006. Twyla Tharp in 2009 continued her good works with the performance of Come Fly with Me which was done with a song from Frank Sinatra. Some of her later works include The Princess and the Goblin and Waiting at the Station.

Some of Tharp films include Hair, 1978, Ragtime, 1980, Amadeus, 1983, White Nights, 1985 and lastly I’ll Do Anything, 1994. Being a bookworm during her young years, Twyla Tharp has also written books like Push Comes to Shove an autobiography, 1992, The Creative Habit: Learn IT AND Use It for Life, 2003 and The Collaborative Habit, 2009. In 1976, Tharp choreographed Sue’s Leg for PBS program Dance in America. She also co-produced Making Television Dance, 1977 a production which won an award at the Chicago International Film Festival Award. Tharp also directed The Catherine Wheel for BBC Television, 1983.

In 1964, Twyla Tharp Tharp got married to his schoolmate at Barnard, Peter Young. The two, however, divorced later on. She then married artist Bob Huot, but that marriage too never lasted as the two divorced. The two, however, had a daughter, Jesse.