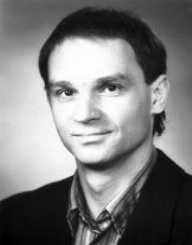 Horst Ludwig Störmer was born 6th April 1949, in Frankfurt, Germany. He was one of two children, and both boys were encouraged by their parents to get a good education. He did well with his studies in physics and mathematics, but not so well in his other subjects. After he graduated high school, he entered the Technical High School in Darmstadt to study architecture. It didn’t take Horst Ludwig Störmer long to realize that architecture was not the area of study he wanted to pursue. He changed to the J.W. Goethe-Universitat in Frankfurt to study physics and mathematics. Whilst preparing his thesis, he was under the supervision of Professor Eckhardt Hoenig.

He moved to France to work on his doctorate and worked in a laboratory that was jointly managed by the French CNRS and the German Max Planck Institute for Solid State Research. Horst Ludwig Störmer’s thesis was written under the supervision of Professor Hans-Joachim Queisser. He was awarded his Ph.D. in 1977, by the University of Stuttgart. Queisser had recommended to Störmer that he move to the US to work at Bell Labs, which was the premier research facility at the time.

Horst Ludwig Störmer did as Queisser suggested, and went to work for Bell Labs in the US, where he stayed for 20 years. Part of his research at Bell Labs was what led to him winning the Nobel Prize in Physics, along with Daniel Tsui and Robert Laughlin. Horst Ludwig Störmer and Tsui discovered the “fractional quantum Hall effect” in 1981, and Laughlin was able to mathematically explain the results.

In 1983, Horst Ludwig Störmer was appointed as Head of the Department for Electronic and Optical Properties of Solids. In 1991, he became Director of the Physical Research Laboratory.

After retiring from Bell Labs in 1997, in 1998, Horst Ludwig Störmer was appointed the I.I. Rabi Professor of Physics and Applied Physics at Columbia University, in New York City. At the same time, he served as Adjunct Physics Director for Bell Labs, on a part-time basis.

Horst Ludwig Störmer’s major work was the invention of “modulation doping,” which allowed for the extremely high mobility of two dimensional electron systems in semiconductors. This work was the basis for his later work with Daniel Tsui and Robert Laughlin called the “fractional quantum Hall effect.”