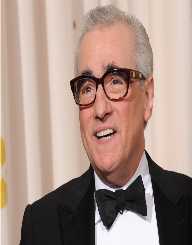 Martin Scorsese is an American director, and producer. Born on November 17, 1942, he is also a screenwriter and film historian. Martin Scorsese, whose career in the film industry span for more than 50 years is regarded as one of the most influential filmmakers in cinematic history. His works are mostly themed on the Roman Catholic concepts of guilt, Sicilian-American identity, modern crime, faith, redemption, machismo and gang conflicts. The award-winning director is known for works like Taxi Driver, The King of Comedy, The Last Temptation of Christ, and The Wolf on the Wall Street among several others. Scorsese has won several awards including an Academy Award, BAFTA, Golden Globe and AFI Life Achievement Award for his contribution to the cinema.

Martin Scorsese was born on November 17, 1942, in Queens, New York City to Catherine and Charles Scorsese. His parents worked in the New York Garment District and were also into acting. The family moved to Little, Manhattan, where Martin Scorsese started schooling. He was a feeble child and suffered from asthma, which made it impossible for him to participate in sporting activities. With this going to the movies with his mother and older brother became a usual routine. It was through this that the future director became interested in cinema. His favourite film at the time was Powell and Pressburger’s The Tales of Hoffman, 1951. His moviemaking would greatly influence by the French New Wave at the time.

As a young chap, Martin Scorsese wanted to become a priest and therefore attended Cardinal Hayes High Martin Scorsese a preparatory seminary failed out after the first year. He, therefore, took up his second interest, cinema and after high school enrolled in New York University’s Washington Square College (currently College of Arts and Science). He graduated with a B.A. in English in 1964 and two years later earned an M.F.A. from New York University’s School of the Arts (now the Tisch School of the Arts).

Martin Scorsese started his career with short films including What’s a Nice Girl Like You Doing in a Place Like This?, 1963 and It’s Not Just You, Murray! in 1964. In 1967, he made directed The Big Shave, which indicted America’s involvement in the Vietnam War.   Martin Scorsese’s debut feature-length film was I Call First (retitled Who’s That Knocking at My Door), 1967. Making friends with Brian De Palma, he was introduced to producer and director Robert De Niro and later friended actor-director Cassavetes. He will work with Robert De Niro in several films. Scorsese was the assistant director and editor for the documentary Woodstock in 1970.

His next film was Boxcar Bertha for producer Roger Corman, 1972 and Mean Street. By now, Scorsese has set the tone for his theme including catholic guilt bloody violence, macho posturing, and redemption films. He directed Alice Doesn’t Live Here Anymore in 1974 starring Ellen Burstyn, who won an Academy Award for Best Actress for her role. His biggest breakthrough was with the film Taxi Driver in 1976. The film cemented his credentials as an astute filmmaker. The film starred Robert De Niro, co-starring Harvey Keitel, and Jodie Foster. The film received for nominations at the Oscar and won a Palme d’Or in 1976. With the success of Taxi Driver, Scorsese worked on the high budget musical New York, New York co-starring Liza Minnelli. The film could not live up to expectation leading Scorsese into depression and addicted to cocaine.

With the help of Robert De Niro, Martin Scorsese was able to come back to make the highly acclaimed film Raging Bull. The film received eight Academy nominations and was placed No. American sports film on the list of top 10 sports films by the American Film Institute. In 1988, he released the controversial film The Last Temptation of Christ amidst uproars from religious groups due to its blasphemous nature.

Martin Scorsese next big thing was Goodfellas, 1990, which earned six nominations at the Academy Awards with actor Joe Pesci winning the Academy Award for Best Supporting Actress for his role. Scorsese, however, lost the best Director to Kelvin Costner for “Dance with Wolves.” However, Scorsese and the film won a Silver Lion and five BAFTA Awards. Other works include Cape Fear, Age of Innocence, 1993, Gangs of New York, 2002, The Aviator, 2004, and then The Departed, 2006. Gang of New York became very successful winning Martin Scorsese his first Golden Globe for Best Director. The directed You Can Count On Me, The Wolf on Wall Street, 2013. Silence, 2016 and The Third Side of the River.

Martin Scorsese began to work with actor Leonardo DiCaprio on several films including The Aviator, 2004, which won five Oscars out of eleven nominations in different categories. Other works with Leonardo DiCaprio include The Departed, which was highly acclaimed and won him his second Golden Globe for Best Director and an Academy Award for Best Director. The film also won Academy Award for Best Film Editing by Thelma Schoonmaker, the Best Motion Picture of 2006, and Best Adapted Screenplay. Daily Variety, 2010 became Scorsese highest grossing film.

Martin Scorsese has received several awards and honors for his work in the film industry. He was awarded the AFI Achievement Award, 1997, the French Legion of Honour, 2005 for his contribution to cinema, and Grammy Award for Best Long Form Music Video for No Direction, 2006, Golden Globe Cecil B. DeMille Award, 2010 and has a star on the Hollywood Walk of Fame among many others.