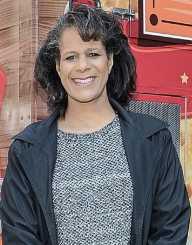 Debra Janine Thomas is renowned by another name all around the globe, i.e., Debi Thomas. She was one of the most famous African American figure skaters and also a physician. Debi Thomas became the first African American ice skater to win the Non-Novice title at the U.S. Figure Skating Championship and even the first black athlete to win gold at the Winter Olympics. A two-time U.S. National Champion is known all over the globe for her expertise.

Debi Thomas was born on the 25th of March in the year 1967 to McKinley Thomas and Janice Thomas. She was born in Poughkeepsie, New York and ultimately grew up in San Jose, California. Debi didn’t have the best childhood a child can ever have as when she was a kid. Her parents got divorced which was devastating for her being a kid. Debi’s mother was a computer programming analyst at the Sunnyvale, California.

Debi’s mother was the one who pushed her towards Figure Skating since childhood and by the young age of 5; she had already stepped into the skating rink idealizing the famous ice show comedian Mr. Frick formerly known as Frick and Frank. Just the idea of gliding on the ice motivated little Debi to come into this arena, but she was not serious about the same until the age of 9. After she got serious, she started winning competitions and also started taking formal lessons for figure skating, but she still needed a boost. She got the same at the age of 10 when she caught the eye of a coach Alex McGowan, who also agreed to the same and because of this boost she made it to the National Novice Finals but had to satisfy herself with the silver medal.

Debi Thomas attended the Stanford University while she was training and competing for various championships. Debi was just a freshman when she had already won both the United States Nations and also the World Figure Skating Titles. Debi later graduated with a degree in engineering in the year 1991 and also continued her studies at the Northwestern University. Showing the same zest and passion she graduated from the Feinberg School of Medicine in the year 1997.

Debi Thomas had one of the best careers in the field of figure skating, and she had her piece of achievements which made her famous around the globe. She, being the first black athlete won many Novice titles, and she also won the Ladies title in the year 1986 at the World Figure Championships held at Geneva, Switzerland. With all these titles earned her one of the most prestigious awards, i.e., the ABC’s Wide World of Sports Athlete of the year award in the year 1986.

Though, after this, her career faced some tough times due to Achilles Tendonitis, but despite this Debi Thomas got the second position in the World Championship in the year 1987. She soon overcame the same in the very next year when she again won the U.S. National Title Championship. Because of her winning the title she was also given the golden opportunity to represent the Country at the Winter Olympics to be held in Calgary, Canada in 1988.

But, unfortunately, she was put against Witt Thomas from whom she had earlier lost the World Championship in the year 1987. And, again Witt bested Debi Thomas for gold and Debi had to settle for bronze at the Winter Olympics, but the same also put her as the first African American woman to win a medal at the Winter Olympic Games. She was also inducted into the U.S. Figure Skating Hall of Fame in the year 2000

Debi Thomas has been married twice. She first got married to Brian Vander Hogen but got divorced, and later she married to Chris Bequette. The couple also has a son from the wedlock by the name of Christopher Jules who was born in 1997. Ever since her second marriage, Debi Thomas has been residing in Terre Haute, Indiana and is a practicing physician in the same city.