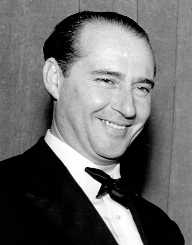 Roberto Gastone Zeffiro Rossellini was born in Rome, Italy, on May 8, 1906. His father, Angiolo, was the owner of a construction company. His mother, Elettra, was a homemaker. He had a younger brother, Renzo, who later became a composer. His father built the Barberini, the first cinema in Rome. As a child, Roberto spent a lot of time there.

Roberto Rossellini entered the film industry as a sound engineer. In 1937, he directed a documentary about the ballet Afternoon of a Faun. He assisted director Goffredo Alessandrini on the film Luciano Serra Pilota. During World War II, he directed three films that were sponsored by Mussolini’s propaganda department. They were called The White Ship, A Pilot Returns, and The Man With A Cross.

After the regime ended, he worked on three anti-fascist films. They were called Rome Open City, Paisa, and Germany Year Zero. In the early 1950s, he collaborated with actress Ingrid Bergman on several films.

Roberto Rossellini then directed several drama films, such as Vanina Vanini, Anima Nera, and Viva Italia. In 1966, he worked on the French TV film The Taking of Power by Louis XIV. In 1971, he helped establish a Media Department at Rice University in Houston, Texas. In 1973, he taught a class at Yale University. That same year, he worked on a TV series about the Medici family. His last two films were the historical dramas Anno Uno and Il Messia.

In 1934, Roberto Rossellini married the Russian-Italian actress Assia Noris. In 1936, he annulled that marriage and married costume designer Marcella De Marchis. They had two sons, named Renzo and Marco. Rossellini had an affair with Swedish actress Ingrid Bergman, who was also married. This caused a great scandal in Hollywood. In 1950, he divorced Marcella and married Bergman.

They had a son named Renato and two daughters, named Ingrid and Isabella. In 1957, he divorced Bergman and married Indian screenwriter Sonali Das Gupta. They had a daughter, named Raffaella. Rossellini also adopted Gil, his wife’s son from her previous marriage. In 1973, he began an affair with Silvia D’Amico.

Roberto Rossellini died from a heart attack on June 3, 1977. He was 71 years old. He was buried at Campo Verano in Rome.

Many of Rossellini’s recordings, film materials, and papers are stored in the Wesleyan University Cinema Archives. His son Renzo collected his materials and created the Roberto Rossellini Audiovisual Encyclopedia of History.