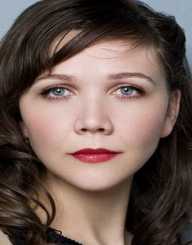 Maggie Gyllenhaal was born on November 16th, in 1977. She is particularly famous for being an American actress. Aside from this, her parents brought fame to her side for they were notable filmmakers Naomi Achs and Stephen Gyllenhaal.

Margaret Ruth Gyllenhaal was born on November 16th, in 1977. Her place of birth was in New York City. As earlier pointed out Gyllenhaal is the daughter of notable filmmakers Naomi Achs and Stephen Gyllenhaal.

Gyllenhaal grew up in Los Angeles. For her early education, she enrolled with Harvard-Westlake prep school. Later on, she joined the Columbia University. Here, she majored in literature. After this, she joined the Royal Academy of Dramatic Art where she took acting classes for one term.

Maggie Gyllenhaal made her first film appearance when she was only 15 years. This was in 1992 where she featured in Waterland. The following year, she played the role of Patsy in Dangerous Woman. She took a short break of five years before appearing in Homegrown in 1998. Stephen Gyllenhaal, her father, was the director of this film.

Immediately after college, Gyllenhaal continued acting with supporting roles in films such as Cecil B. Demented- 2000, Riding in Cars with Boys -2001 and several others.

Maggie Gyllenhaal rose to the limelight in 2002. This was after featuring in 40 Days and 40 Nights. During the same year, she landed in a lead role in Secretary. The film launched Gyllenhaal acting career as she sooner or later became a household name. Besides, Secretary also made Gyllenhaal a Golden Globe award nominee under the category of best actress.

Still, in 2002, she also featured in Confessions of a Dangerous Mind. Here, she was playing alongside Drew Barrymore and Sam Rockwell. Similarly, Gyllenhaal did not disappoint her fans in 2003 as she portrayed her remarkable acting talents in Mona Lisa Smile. Two years later, she was nominated for an Independent Spirit Award for the role she played in Happy Endings.

In 2006, Maggie Gyllenhaal was again at the spotlight in her acting career after featuring in SherryBaby. Owing to her exceptional performance, she was again nominated for second Golden Globe Award.

In 2002, Maggie Gyllenhaal entered into a romantic relationship with Peter Sarsgaard who is also a professional actor. Shortly after, the two got engaged in 2006. Three years later, they got married. Together, the two are blessed with two daughters, Ramona and Ray.