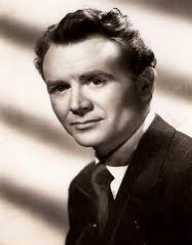 Sir John Mills was born on February 22nd, in 1908. He was a celebrated English actor with a successful career spanning for seven decades. In his film career, he often took the role of exceptional actors who come out as heroes by the end of the film. He was honored with an academy award for his role in Ryan's Daughter – 1970.

Sir John Mills was born on February 22nd, in 1908 in Norfolk, England. He was however brought up in Felixstowe, Suffolk. He was the son of Lewis Mills and Edith (Baker). His father was a mathematics teacher while his mother worked as a theatre box office manager.

When Mills was still young, he resided in a village called Belton. Here, his father was the headmaster to one of the schools. He made his first performance on stage when he was only six years old. During this time, he was performing in one of the school’s concerts.

Mills went for his early education at Balham Grammar School located in London. After this, he joined Sir John Leman High School before later enrolling with Norwich High School for Boys. After completing his studies, he got his first employment as a clerk in Ipswich. Soon, he went to work for Sanitas Disinfectant Company as a commercial traveler.

At the onset of Second World War, Mills joined the British Army under the Corps of Royal Engineers in 1939. Later, he went ahead and served as a second lieutenant. Shortly after, Mills was discharged from the army following his stomach ulcer problem.

Mills had shown an early interest in acting. He made his musical on-screen debut in 1929 with his role in The Five O'Clock Girl. He also starred in another musical dubbed Words and Music. After this, he made his entry into the film industry with his role in the 1932 film called The Midshipmaid. After that, in 1939, he was cast as Colley in Goodbye, Mr. Chips alongside Robert Donat.

In 1942, he landed a leading role in In Which We Serve. Four years later, he played another lead role in Great Expectations. In 1948, he featured Captain Scott in Scott of the Antarctic. John Mills also went on to cast as a lead actor in the Morning Departure, a 1950 drama film. After this, he featured in some films that were regarded as unsuccessful by film critics.

Things turned bright however with the release of The Colditz Story in 1954 and other subsequent films such as Above Us the Waves – 1955 and Ice Cold in Alex – 1958. The following year, Mills introduced his daughter named Hayley Mills into the film industry. He played some film roles along with his daughter.

Earlier on, in 1960, John Mills had been bestowed with a Best Actor award for his portrayal in Tunes of Glory – 1960. A decade later, he starred in Ryan's Daughter – 1970. This later became one of his greatest works for which he was honored with an Academy Award.

Mills first marriage was to Aileen Raymond, an actress. The two tied the nuptial knot in 1932. They however divorced each other in 1941. He wedded for the second time to Mary Hayley Bell in 1941. She was a renowned playwright. This marriage lasted for more than six decades as they lived together until Mills passed away. They were blessed with two daughters in their relationship.