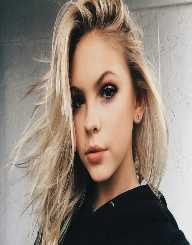 Jordyn Jones was born on March 13th, 2000. Her place of birth was in Kalamazoo, Michigan. She is a young actress who is talented in several areas, and this makes her stand out among other young celebrities. She earned her fame from the Nickelodeon Kids' Choice Awards 2015. She was one of the hosts of the show during that year. Some of the recent projects that also got her famous are Dance Camp-2016 and Coked Up¬- 2016.

Jordyn Jones was born on March 13th, 2000. Regardless of her young age, she is a renowned celebrity majorly for her dancing and acting prowess. By the time Jones was ten years old, she had gained enough courage to feature on TV and in national competitions. One of the national competitions that she featured on was the Abby's Ultimate Dance Competition. This was in 2012, and she emerged fifth from the competition. Regardless of the fact that she failed to take home any award, she earned major recognition from one of the agencies that worked with the young and talented artist. This agency is the Reload Music Group. It is through the help of this agency that Jones rose up the ladder of her career. With time, she began landing shows on TV.

In 2014, for example, Jordyn Jones received one of the biggest offers in her TV career. She was to host the Nickelodeon Kids' Choice Awards -2015. This could be classified as her career turning point as she gained nationwide popularity as a result. Later on, in 2016, she landed a role in Dance Camp-2016. This is a comedy-drama 2016 film featuring young dancers who meet and fall in love with each other. In the process, their relationship brings them to the world of dance competition. Around the same year, Jones also features in Coked Up-2016. This is a documentary film directed by Justin Bare.

Jordyn Jones is also a socialite. This has had a profound influence on her popularity. She recently published Fancy, a song by Iggy Azalea. In spite of the numerous critics that she received as a result, it still created a huge boost to her career.

One thing that makes Jones stand out from the rest of the young celebrities is her multifaceted, talented nature. She can dance, sing and act without difficulty. To top this, she is fashion-oriented, and this also makes her famous among the young audience that tries to emulate her dressing code.

Aside from the fact that Jordyn Jones tries her best to avoid controversies in her life, she still has a long way to go in her career. As for the dating game, she was in a relationship with Nic Wallace, a social media personality. Rumor has it that she entered into a relationship with Brandon Westenberg in 2016. She also has two brothers Casey and Skyler.