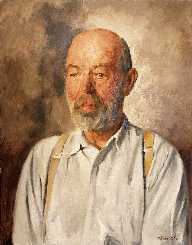 Istvan Ferenczy was born Hungarian on 24 February 1792 and grew to become one of the greatest sculptors of the 19th Century. He got the inspiration from his early works as a young boy who loved carving art models. His passion and zeal were so much that he wanted to pass his knowledge of fine art to others. He envisioned an art school which was never established even in his lifetime or later. However, his engravings of prominent people and memorials are an authentic record that his works still live on. Istvan died on4 July 1856 aged 64.

Istvan Ferenczy was born to a locksmith father in Rimaszombat, Slovakia in 1792 February 24. As an innocent young boy, Istvan was fond of creating things and doing art. As he grew up, he was inclined to follow his father’s career as a locksmith, but his desire for art was immeasurable. It was like Istvan was born with a gift in fine art which he exhibited throughout his youth upwards.

In as much as his parents tried to talk him out of art since it was not a well-paying profession, Istvan Ferenczy remained reluctant. He went to Vienna Academy where he pursued a course on copperplate engraving and then advanced to study sculpture in 1817. His first instructors were Fischer and Kleiber who imparted in him skills that would later elevate him to a prominent level.

Istvan Ferenczy moved to Rome where he studied the art of sculpture under Bertel Thorvaldsen and also worked for him for six years. His first works included ‘Reposing Venus,’ ‘Portrait of Csokanai’ and ‘The Beginning of Fine Arts or Shepherdess.’ His work was examined in Hungary beginning 1819 which saw him receive a scholarship to his dream school known as the ‘Canova Studio.' He was under the great sculptor Canova for two years from where he advanced in fine art.

Beginning his career as a sculptor, Istvan Ferenczy made two sculptures which were taken to Hungary and displayed by Palatine Joseph Habsburg in 1822. He was so connected to Hungary that he wanted to do much more to create lasting memories by creating memorials of prominent individuals. His first sculpture was that of poet Mihaly CsokanaiVitez which he made in remembrance of him. These works as it was the hope of Istvan when he began erecting the memorials was to inspire many people. His creativity was his pride, and the many standing sculptures he made are a sure revelation that art can communicate a lot more than words. Although his works were not devoid of criticism and his art was not readily accepted in Hungary as in Rome and other places in Europe.

Hungary was an illusion to Istvan since his profession was at stake and his works received little or no admiration at all. However, Istvan Ferenczy worked against all the odds despite the challenges in the 1840s, and by 1846 he was through with the ‘Statue of Kolcsey’ in Hungary. He resorted to retirement in 1847 having a conviction that one day his fellow countrymen will see and appreciate the beauty of art.

Istvan Ferenczy had hoped that in his time he would have passed these skills if a school was established in Hungary. He stood at the forefront of starting his school, but his efforts were fruitless and in vain. Hungary was still not a place where art was welcomed, and no artists were considered relevant. Despite this project not coming to a fulfilling end, his art awakened a sense of pride and regard for art in Hungary during the 19th Century.