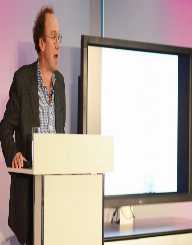 British writer and historian Ben Macintyre was born on the 25 December 1963 in Oxford, England. He has two siblings: an older sister and a younger brother. Macintyre is paternally related to the ancestral line of Viscount Netterville. On his mother side of the family, they are connected to the Harvey baronets and the British politician Berkeley Page (b.1780-d.1842).

Ben Macintyre was a pupil at Abingdon School and read history at Cambridge University.

In 1992 Ben Macintyre joined The Times as a columnist. He worked as a correspondent in New York, Paris, and Washington before returning to London. He is currently Associate Editor at times.

Ben Macintyre’s wrote an illustrated life of Ian Fleming, the author of the James Bond books, as part of the For Your Eyes Only exhibition held at the Imperial War Museum, London in 2008.

He is also the author of Adam, Worth, The Napoleon of Crime: The Life and Times of Adam Worth, Master Thief. Other books include Agent Zigzag: The True Wartime Story of Eddie Chapman: Lover, Betrayer, Hero, Spy. During World War II, Chapman was a double agent of Britain and Germany. Josiah the Great: The True Story of The Man Who Would Be King is about the first American in Afghanistan. A Spy Among Friends: Kim Philby and the Great Betrayal concerns the British defector and Soviet mole. SAS: Rogue Heroes: The Authorized Wartime History (2016). Double Cross is about five double-agents and their role in the planning of D-Day. Forgotten Fatherland: The Search for Elisabeth Nietzsche follows Macintyre's journey to Paraguay researching the sister of Friedrich nation who founded a colony there in 1886.

His book The Englishman’s Daughter tells the story of a group of English soldiers trapped behind German lines in France during World War I.

As a television presenter, four of Macintyre’s book has been made into successful documentaries for the BBC. Operation Mincemeat (2010), Double Agent (2011), Double Cross (2012) and Kim Philby: The Intimate Betrayal and SAS: Rogue Warriors.

Agent Zigzag was shortlisted for the Costa Biography Award and the Galaxy British Book Award for Biography of the Year 2008.