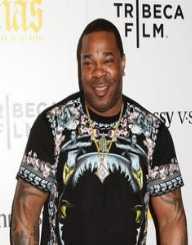 Busta Rhymes went to school at Uniondale High School. It was there where he met fellow rappers, Jay-Z, Notorious B.I.G. and DMX. These friends would later help to start and encourage his rapping career.

Busta Rhymes was only 17 years old when he signed his first record deal with Elektra Records. He wasn’t alone as he did this, as he was a part of the group, Leaders of the New School. Along with Busta Rhymes, Charlie Brown, Dinco D., and Cut Monitor Milo spun lyrics and raps like there was no tomorrow.

The foursome used inspiration from their African heritage and life in the city to write their excellent lyrics. As thrilling as this band was, it didn’t last for long. The band’s debut album, Future Without a Past, came out in 1991. The band only released one more album, T.I.M.E., before breaking up in 1993.

Busta Rhymes spent some time working with artists like Notorious B.I.G. and Mary J. Blige. It was not until 1995 that Busta Rhymes signed a single contract. Again, he worked with Elektra Records. His first solo album, The Coming, came out in 1995. Several of the songs on the album made it into the top ten listing. Some of Busta Rhymes other famous albums are listed below.

In the mid-2000s, Busta Rhymes faced difficulties with creative difficulties. This made it too complicated for Busta Rhymes to release new music. He eventually signed a contract with Universal/Motown in 2009. In the same year, he released another album, Back on My B.S.

However, Busta faced more complications with his record company soon after. He worked with other artists for a couple of years, and he signed on and off with a record company or two before releasing some songs with other famous rappers like Kanye West, Cash Money, Lil Wayne, and Gucci Mane. He released his most recent album, Return of the Dragon: The Abstract Went on Vacation in 2016.

Busta Rhymes has contributed to countless movie soundtracks, and he has also acted in a few shows and movies. He first worked in 1993, in the movie Who’s the Man? He played a few bit parts in several television shows, including Cosby and The Steve Harvey Show. He has also voiced the Reptar Wagon on the kid’s show, Rugrats. Some of his most famous films include Shaft and Halloween: Resurrection.