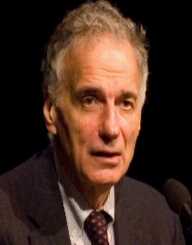 A. J. Muste was a political activist and clergyman born on January 8th, 1885. He was often referred to as America’s Gandhi. He is best remembered as a man who advocated against violence as a way of solving issues. He believed in peaceful demonstrations. In fact, he led Lawrence’s textile employees through a victorious peaceful strike. He was the founder of the Conference for Progressive Labor Action or CPLA. He was initially Christian pacifism but later shifted to a Marxist. However, he disagreed with revolutionary activities of Marxists.

A. J. Muste was born on January 8th, 1885. His place of birth was in Zierikzee located in the Netherlands. He was the son of Martin Muste and Adriana Muste. Martin earned a living as a coachman. He had five siblings. Their family migrated to America when Abraham was six years old. They all acquired American citizenship in 1896.

He taught Latin and Greek for a while before joining Columbia Universities. The university is in New York where he began his studies in 1906. He studied philosophy. He studied under John Dewey and William James who influenced him greatly.

A. J. Muste was a pastor of Manhattan’s Fort Washington Collegiate Church. Meanwhile, he studied at the Union Theological Seminary. He attained his degree by 1913.

A. J. Muste was a social gospel supporter. In the 1912 presidential elections, he supported Eugene V. Debs of Socialist Party of America. In 1916, he gained membership in the Fellowship of Reconciliation. He later quit his career as pastor a year after Second World War broke out in the U.S.

He then worked at the Civil Liberties Bureau for a while. In 1919, he became a Quaker minister in Providence situated in Rhode Island. Subsequently, he became secretary of Amalgamated Textile Workers of America till 1921. He then left his position and joined the Brookwood Labor College in the same year. The college was in Katonah, New York and he served till 1933.

A. J. Muste established the Conference for Progressive Labor Action or CPLA in 1929. Four years later, CPLA established the American Workers Party. Since 1936, he joined the Presbyterian Labor Temple situated in New York City. He served at the temple as director for three years. Henceforth till 1953, he worked at the Fellowship of Reconciliation as executive director. He later helped establish committees that tried to put an end to War in Vietnam.

In 1958, A. J. Muste was honored with the Peace Award of War Resister’s League’s national committee.

While studying at Hope College, A. J. Muste met his wife to be Anna Huizenga. Her father was a Reformed Church minister. They fell in love and wedded in 1909. Together they were blessed with three children in their forty years of marriage.

Abraham Johannes Muste took his last breath on February 11th, 1967. He was 82 years old at the time of his death in New York City. In 1974, A.J. Muste Memorial Institute came into being in memory of Abraham.