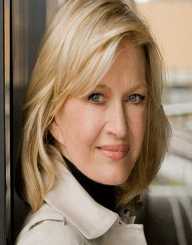 Diane Sawyer was born on December 22, 1945, in Glasgow, Kentucky, USA. Her parents are Jean and Tom Sawyer.

As a young adult, Diane Sawyer attended Wellesley College. She later graduated from this college, in 1967,  with a bachelor’s degree in English. She then went on to attend the University of Louisville, where she shortly studied law before refocusing her studies on journalism.

After graduating from college, Diane Sawyer returned to Louisville, where she applied to work for a local news station. She was hired, not as a reporter but as a weather girl. While working at this station, she got to experience the news word in person, instead of just by watching it on television. She would often stay late after work to learn more trades of the craft, like how to use a camera and edit footage.

Before long, the news station realized her potential and gave her a story to report on. Her first story was on the Supreme Court Justice William O. Douglas. She succeeded in getting a great story, and the news station was impressed. The news station went on to giving her more opportunities to take on news stories before finally promoting her to the position of full-time news anchor.

In 1970, Diane Sawyer left her local news station to work for President Richard Nixon as a press assistant. She worked in this position until Nixon’s resignation in 1974. However, also in 1974, Sawyer continued to work for Nixon and earned the post of literary assistant to the disgraced ex-president. While in this position, she helped his team to conduct research and write various essays and other literature. She held his position until 1978.

After her career with Nixon ended in 1978, Diane Sawyer returned to working in journalism. When she returned, she began working for CBS News as a news correspondent. She did this throughout the 1970’s and into the early 1980’s.

In 1982, Diane Sawyer was promoted within CBS to the position of co-another on the CBS Morning News. She worked in this position for only two years before gaining an even more prestigious position. In 1984, Sawyer began to work on the news television show 60 Minutes for CBS. Once in this position, she was able to slowly work her way up the ranks in the CBS news station. She held this position until 1989.

In 2009, Diane Sawyer began working on ABC World News as the anchor. She held this position until her retirement in 2014.

Diane Sawyer was inducted into the Television Academy Hall of Fame in 1997.

She has an honorary degree from Brown University.

Diane Sawyer married Mike Nichols in 1988. Sawyer gained three step-children from her marriage to Nichols: Daisy, Jenny, and Max Nichols. This couple did not have any children together. The couple’s marriage ended in 2014 due to Nichols’s death.