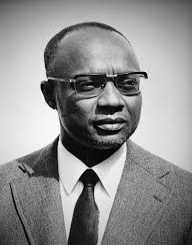 Prominent African nationalist leader Amílcar Lopes Cabral was born on September 12, 1924. He was born in Bafatá, Portuguese Guinea (presently Guinea-Bissau) situated on the western coast of Africa. His father, Juvenal Antònio Lopes da Costa Cabral, was a Cape Verdean. Both his mother Iva Pinhel Évora and his father were from Santiago, Cape Verde. His father hailed from an affluent land-owning family. He was a schoolteacher, poet, and a polemicist as well. Cabral’s mother had a shop and also worked in a hotel to make ends meet. Later, she became a seamstress. Cabral’s parents taught him at home until he was seven (twelve according to another version). He received his primary education in Preia and then studied at the Gil Eanes Lyceum in Mindelo, São Vincente Island for his secondary education.

An exceptionally talented student, he completed his schooling in eight years instead of the usual 11 years. His brilliant academic record led him to study at the Instituto Superior de Agronomia, in Lisbon, the capital city of Portugal. Guinea-Bissau and Cape Verde were under the colonial occupation of the Portuguese until 1973 and 1975 respectively. While studying agronomy in Lisbon he found many other like-minded students. They all opposed the invasion of the Portuguese over their homeland and their oppressive, dictatorial style of their ruling. He founded student movements with the goal of bringing independence for these Portuguese colonies of Africa.

Cabral returned to his homeland in Africa in 1950 after completion of his study in Lisbon. The Portuguese colonial government appointed him as an agronomist. He traveled extensively all over Portuguese Guinea in order to comply with his job requirement of surveying land and its resources. This gave him the opportunity to closely interact with the common people of his country comprising of various cultures. While doing such negotiations, he propagated the cause of liberating his country from the Portuguese colonial rule. He tried to motivate and convince these people about the necessity of such liberation movement. In September 1956, he, along with his five associates, formed a party for the independence of Guinea and Cape Verde (PAIGC). The party aimed to bring independence to both Guinea-Bissau and Cape Verdict with an ultimate goal to unite the independent nations.

The colonial authorities saw the formation of such party as an immediate danger for the continuation of their rule. To add fuel to the fire, 50 protesting workers from dockworkers strike at a place called Pidjiguiti were decimated in August 1959. Authorities wasted no time in blaming PAIGC for the arson. They accused PAIGC of instigating resentment among the workers. As a result, the top leadership of PAIGC had to re-strategize their policies for achieving long term benefit from their agitation. Shifting of their resistance activities to the countryside and switching over to guerrilla-style tactics of warfare were two such important strategies of PAIGC.

PAIGC under the leadership of Cabral organized a military force to take on the Portuguese colonial rulers. The preparation got underway during late 1959 and took final shape in 1962. Cabral began his guerrilla-style war against the authorities in late 1962. The offensive continued until 1973. The PAIGC army used the guerrilla war technique effectively and defeated their larger and better-equipped counterparts. Gradually, they converted different areas of their country as liberated zones and held elections in those areas.

The Portuguese could not digest the humiliation of being defeated in the hands of the people they have ruled so far. In a calculated bid to bring unrest among the PAIGC cadre, they decided to eliminate Cabral. On January 20, 1973, Cabral was assassinated while getting out from his vehicle. He was shot outside his Conakry home from point-blank range. On September 10, 1974, Guinea-Bissau formally became a sovereign country. One of PAIGC’s founder member and Cabral’s brother Luís became the first president of the independent Guinea-Bissau.

Besides leading the PAIGC to bring independence to his motherland, Cabral enormously contributed to the literature of their national liberation. He made good use of his study of grassroots people while working as an agronomist for the colonial government. He authored several books after traveling extensively for several years. The books he authored reflected his experiences of visiting 2248 peasant holdings after traveling around 37000 miles. ‘Revolution in Guinea’ (1969), ‘Return to the Sources’ (1973) and ‘Unity and Struggle’ (1980) are rated among his most prominent literary works.