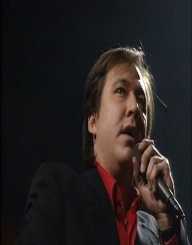 Bill Hicks was an American stand-up comedian, musician, and satirist born on December 16th, 1961. He is best remembered for his legendary standup comedies. His work was majorly based on politics, and philosophy as well as religion. His main aim was to open the eyes of people to view life from different angles. He was among the most influential individuals of art, especially during the 20th century.  He was ranked number four among the greatest stand-up comedians in the UK in 2007 by Channel 4. He began his comedy career when he was still a teenager.

Bill Hicks was born on December 16th, 1961. His place of birth was Valdosta, Georgia in the United States of America. He was the last born child to James Melvin Hicks and Mary Hicks. His father worked at Mary Hicks as an executive while his mother was a teacher. He had two siblings, Steve and Lynn. His family relocated a number of times. They finally settled in Houston, Texas when Bill was 7.

Bill Hicks admired Woody Allen as a young boy and always aspired to be him. He would write comedies with his childhood friend Dwight Slade. Later he would perform to his friends and family members. When he was 13, he would sneak out at night to perform in Houston nightclubs. By 1978 he had become quite popular at the clubs.

Bill Hicks finished his high school studies in Houston. By then his parents lived in Little Rock, Arkansas. He graduated in 1980 and immediately began his career as a stand-up comedian in Los Angeles.

Bill Hicks established the ‘Sacred Cow’ in 1982 along with his friend Kevin Booth.  His career by then did not get much attention which led to his drug addiction and alcoholism in 1983. Luckily in 1984, he was featured for the first time in the show Late Night with David Letterman. This was a career turning point for Hicks. He gained much fame just with hiss five minutes on stage. This was contributed by his daredevil attitude which viewers loved. He later appeared in eleven other shows gaining him more popularity.

1987 marked the most successful year of his entire career. Rodney Dangerfield offered him an opportunity of a life time to perform in Young Comedians Special. Bill Hicks never looked back since that moment. He completed over 250 shows in a year for 5 successive years in New York city. He quit drugs in 1988 but again got addicted to smoking. Still, his career took a higher notch after he stopped drugs.

His first video premiered in 1989 with the title Sane Man. the video was a great hit. This was followed by his album Dangerous in 1990 which was also quite a success. In 1991 he came up with his second video Relentless. Bill Hicks later worked at Channel 4 in England in the Counts Of The Netherworld show. While there, he was diagnosed with pancreatic cancer in June 16th, 1993. On January 6th, 1994, he performed his last show which marked the end of his career.

Bill Hicks succumbed to pancreatic cancer on February 26th, 1994. He died in Little Rock in Arkansas. He was 32 years old at the time of his death.