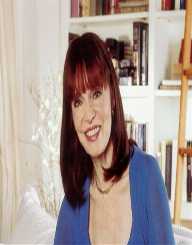 Barbara Feldon was born as Barbara Anne Hall on March 12, 1933, in Butler, Pennsylvania. She attended the Bethel Park High School and trained in acting at the Pittsburgh Playhouse. After finishing high school, Feldon went on to study at Carnegie Institute of Technology and graduated in 1955 with a Bachelor of Arts in drama.

In her early years, Feldon worked as a model. Her first big role was in the television commercial for Top Brass, a hair pomade for men. The commercial became majorly popular and was often parodied, bringing Feldon a lot of public attention. This role led to her gaining a lot of small television roles. She appeared in shows like Twelve O’Clock High, Flipper, Griff and The Man from U.N.C.L.E.

In 1965, Feldon starred in the television drama East Side/West Side, produced by Talent Associates. The company was developing a new television comedy, written by Mel Brooks and Buck Henry- Get Smart. Feldon was cast as Agent 99 in the series, which lasted from 1965 until 1970. The show earned several Emmy awards and garnered her a nomination for Outstanding Lead Actress in a Comedy Series in 1968 and 1969.

In the late 1960s, Barbara Feldon made five guest appearances in The Dean Martin Show, where she sang, danced and performed various comedy skits. During the 1970s, she appeared in various television series. In 1975, Feldon was cast in the television movie Let’s Switch!. In 1979, she starred in the thriller Vacation in Hell. She has also acted in films Fitzwilly (1967), Smile (1975), No Deposit, No Return (1976). The last film Feldon appeared was in 2006, The Last Request.

In 1989, Feldon once again reprised her role as Agent 99 in the television film Get Smart, Again!. Throughout her career, Feldon has starred as a voice actress for television and radio.

In 1958, Barbara Feldon got married to Lucien Verdoux-Feldon and took her husbands surname. The marriage did not last, and the couple separated in 1967. The following year, she got married to Get Smart producer Burt Nodella. Feldon and Nodella were married for 12 years. After her second divorce, she moved to New York City. In 2003, Feldon wrote the book Living Alone and Loving It. She continues to reside in New York and occasionally stars in off-Broadway plays.