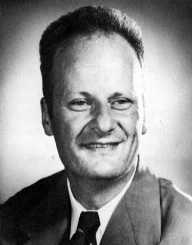 In 1912 they moved to Kiel because Albrecht Bethe was offered a position as a professor at a University there. Three years later they moved to Frankfurt am Main. In Frankfurt, Hans Bethe attended the Goethe-Gymnasium until the year 1916, when he developed tuberculosis. After a year he restarted studying in a private boarding school, and from 1922 to 1924 he attended again the Goethe-Gymnasium.

After graduating high school, Hans started studying chemistry at the University of Frankfurt. He disliked the way of presenting mathematics there because it was presented out of context with other sciences. It was then that Bethe realized, that chemistry was not his interest, rather advanced physics. Advanced physics there was tutored by Walter Gerlach.

After Gerlach left in 1925, Bethe was advised to attend a different university, where the physics department is stronger. Therefore Hans Bethe enrolled in the University of Munich in 1926. In Munch, he studied under the supervision of Sommerfeld. It was Sommerfeld who encouraged Hans Bethe to analyze electron diffraction in crystals for his Ph.D. thesis.

In 1928, after becoming a doctor of physics, Hans Bethe moved to Frankfurt for an assistantship for Erwin Madelung. Bethe disliked this work and in 1929 started working in Stuttgart. During his time in Stuttgart, Bethe developed the formula for collision problems, which is nowadays called the Bethe formula. He stated that this published paper was his best work and submitted it in 1930 for the habilitation.

In 1929, Bethe received a Rockefeller Foundation Travel Scholarship, which let Bethe study at the University of Cambridge in England. He did his postdoctoral work there. There he developed another version of his formula – a relativistic one.

After the University of Cambridge, Bethe moved to Rome to work in Enrico Fermi’s laboratory in 1931. There he developed the “Bethe ansatz,” which helps to find solutions for values and vectors of one-dimensional quantum many-body models. He was very fond of his time in Rome and wished he had started his work there, instead of London.

A year later in 1932 he again returned to Rome. Most of the time in Rome he spent on working on a handbook article about electrons in metals. It surprised people around Bethe, how bright and deep he explained the problems in this matter.

Due to a new law passed on by the government, he was dismissed from the University because of his Jewish religious background. He then returned to Munich.

Hans Bethe moved to England in 1933. He moved to England with two of his friends, Rudolf Peierls and his wife, Genia. Peierls was also German, and a brilliant physicist. He encouraged Bethe to study nuclear physics. Together they developed a detailed theoretical explanation for photodisintegration of deuterium; this was a challenge from James Chadwick and Maurice Goldhaber.

In 1934, Bethe accepted an assistant professor position offer at the Cornell University. Right before leaving for United States Bethe proposed to Hilde Levi in Copenhagen. Unfortunately, they did not marry because Bethe’s mother disliked the idea of Bethe marrying a Jewish woman. The engagement was canceled only a couple of days before the wedding date. After this Bethe left to the United States.

In Cornell, Bethe worked with other scientists Bacher and Livingston. They published series of papers, which covered most of the known information on nuclear physics at the time. Unofficially this was then named “Bethe’s Bible” and used as a base for follow-up research for many years after. During his time in Cornell, Bethe received numerous work offers from other universities.

In 1938, Hans Bethe was convinced to attend the annual Washington Conference of Theoretical Physics. Initially, Bethe had no interest in it because the main topic about stellar energy generation was not unusual for Bethe. Nevertheless, a colleague convinced him to attend. At the conference known facts about the chemical contents of Sun, the temperature and density were presented, and physicists were challenged to explain it.

In 1937, proton-proton chain reaction was proposed, but this was not sufficient. By the end of the conference, Bethe developed several nuclear reactions. After returning from the meeting, Bethe continued analyzing the nuclear reactions. This then led him to discover carbon-nitrogen-oxygen cycle. This published paper was the anchor to understanding the stars, and subsequently, in 1967, Bethe received the Nobel Prize for this.

After becoming a US citizen in 1941, he was allowed to join the Manhattan atomic bomb project. Bethe was appointed the head of Theoretical Division. He had to evaluate the critical mass and efficiency of uranium in an exploding atomic bomb. Together with Feynman, they developed a formula to calculate the explosive yield of an atomic bomb.

After the World War II, Bethe participated in creating a hydrogen bomb. He was hoping that the project would fail. He admitted that if he did not work on the development of the hydrogen bomb, somebody else would. Therefore he continued with the project.

Later on, Bethe worked on the so-called “Lamb shift,” and helped solve the unexplained reason behind this. Bethe published a paper on this. Even though this paper was only two pages long and contained not more, not less than 12 equations, it was precious in the field of physics.

The rest of his research Hans Bethe devoted to astrophysics – supernovae, black holes, neutron stars and many more relevant problems.

Hans Bethe married the daughter of Paul Ewald, Rose, in 1939. They had two children together, a Henry and a Monica. Apart from his deep passion for physics, Bethe had also other hobbies. He very much enjoyed time spent outside and hiked as much as possible. Another hobby of Bethe was collecting postmarks.

In 2005, Hans Bethe passed away due to complications of heart failure.