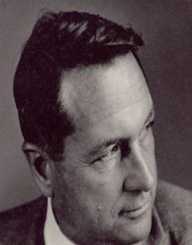 Myles Horton was born on July 9, 1905, in Savannah, West Tennessee. His parents were Elsie Falls Horton and Perry Horton. His Siblings were Daniel, Demas, and his Sister Elsie Pearl.

Neither of Myles Horton's parents had been to high school. Elsie and Perry were forced out of jobs as they no longer qualified to be educators. One year of high school education was now required.

As a result, Elsie and Perry lost their jobs. Consequently, they were forced to do odd jobs to provide for their families. Most noteworthy is that, despite being poor, the Horton’s taught their children to be respectful and think highly of themselves.

Elsie Horton would often share their scarce resources and even educated well-off, illiterate neighbors. Perry Horton, on the other hand, was part of the Worker’s Alliance and the union of The Workers Progress Administration. Myles Horton consequently learned the importance of service and education from his parents.

Also, he applied his religion to his works and even joined the Social Gospel Movement. The Social Gospel movement believed in using Christian ethics to social issues to have a more peaceful society.

Myles Horton attended Cumberland University, where he completed his undergraduate studies in 1928. He also studied at the University of Chicago and the Union Theological Seminary in New York City.

While at the University of Chicago, Myles Horton learned about the Danish Folk high schools. He then traveled to Denmark, along with his colleague Don West to observe how the Danish Folk Schools operated.

Danish Folk high schools were unlike traditional education schools. Unlike their counterparts, they encouraged analysis of problems and active solution finding for given problems.

Horton and Don studied the different education models used. This included adult education, community empowerment, and folk schools. While at the Danish Folk High Schools, Horton observed with his school vision in mind. As a result, they began the Highlander Folk School.

Myles Horton began working at 15 years of age to pay his way through school. In his first job, he worked at a saw-mill and as a packer at a box factory. Here he organized his first strike to demand higher wages at a tomato factory.

In 1932, he Co-Founded the Highlander Folk School. He co-founded it alongside Don West, an Educator and James Dombrowski, a Methodist minister. Highlander Folk School became The Highlander Research and Education Center. It focuses on empowering leaders who are fighting for justice, equality, and sustainability. It also provides a safe place for developing solutions.

He authored an autobiography, ‘The Long Haul’. It won the Robert F. Kennedy Center for Justice and Human rights award in 1991. Horton also co-authored ‘We make The Road by Walking’ with Paul Freire.

Myles Horton desired to have an education facility that focused more on learning from experiences. He sought to create an environment where teachers and students interacted freely.

His concern was for teachers of social justice, for organizers and activists. He wanted to provide a place where they could learn how to change the world through living, studying, and working together.

Myles Horton married Zilphia Mae Johnson in 1935. Together they had two children. Zilphia died at 45 years of age. She accidentally swallowed typewriter cleaning fluid. In 1962, he married Aimee Isgrig.

At 84 years of age, Myles Horton died on January 19th, 1990. Above all, Myles Horton had a radical pursuit for justice for all members of society. Likewise, the Highlander Research and Education Center continues to equip leaders who are fighting for social and economic justice.