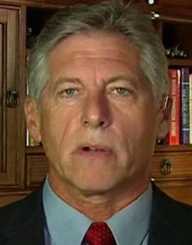 Mark Fuhrman is an ex-private investigator of the Los Angeles Police Department. He is known for his role in the O.J. Simpson murder case. He retired in 1995. He is now authoring books on crime and talks on the radio.

Mark Fuhrman was born on 5th February 1952 in Eatonville, Washington. His parents separated when he was seven and mother remarried.

Mark studied in Peninsula High School in Gig Harbor, Washington. He graduated from the Los Angeles Police Academy in 1975.

Mark Fuhrman joined the Marine Corps for training as a machine gunner and military police. He had a stint with the Vietnam War. He rose to the rank of a sergeant. He quit the service in 1975 with respect.

In 1981, he was on leave with compensation until 1983. He made an unsuccessful attempt to leave the police department. His appeal at the Superior Court failed, and he returned to duty as a police officer.

Mark Fuhrman handled a domestic abuse call between soccer player O.J. Simpson and his wife, Nicole Brown Simpson. His handling of the case and account culminated in the detention of Simpson.

He became a detective in 1989. He solved the case of an accused who was falsely associated in the murder in 1994.

He retired from his position as a police officer after 20 years of service. He received several acclamations.

Fuhrman has a hobby of collecting war souvenirs and medals.

Mark Fuhrman authored books entitled Murder in Brentwood (1997), Murder in Greenwich (1998), Murder in Spokane: Catching a Serial Killer (2001), Death and Justice: An Expose of Oklahoma’s Death Row Machine (2003) on capital punishment, Silent Witness: The Untold Story of Terri Schiavo’s Death (2005), A Simple Act of Murder: November 22,1963 (2006) about the assassination of JFK and The Murder Business: How the Media Turns Crime Into Entertainment and Subverts Justice (2009).

Five movies have been made on the basis the books written by Fuhrman.