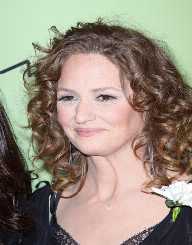 Academy Award-winning American film and television actress Melissa Chessington Leo was born on September 14, 1960, in Manhattan, New York City, New York, United States of America. Her father Arnold Leo III worked as an editor at the Grove Press besides being an impassioned fisherman and a former spokesperson for the East Hampton Baymen's Association. Her mother Peggy Chessington Leo, originally hailed from California, was a teacher by profession.

Melissa Leo had a sibling, her brother Erik Leo. She spent her early days in Lower East Side, a traditionally working-class neighborhood of Manhattan consisting of a majority of immigrant people. She performed with the Bread and Puppet Theater Company there as a child. She moved to Putney, Vermont and started residing in the Red Clover Commune along with her mother after her parents divorced.

While in Vermont, she studied at the local Bellows Falls High School and also sharpened her acting skills by attending the Brattleboro Center for Performing Arts. She left the US at the age of 15 and went to London to pursue an acting course at the Mountview Theatre School, a major drama school of the United Kingdom.

Leo came back to the US after three years in 1978 and began attending the State University of New York, Purchase to study theater. She went to the New York City seeking a career in acting even before the completion of her course and got an opportunity to secure admission to the Actors Studio.

Melissa Leo made her acting debut in 1984 with a recurring role in a soap opera “All My Children.” Her performance in the show earned her a nomination for a Daytime Emmy at the 12th Daytime Emmy Awards for Outstanding Ingenue/Woman in a Drama Series in 1985.

Her debut success opened the doors of more acting options for her leading to her appearance in some films and television shows throughout the middle and late 1980s and early 1990s. She played the lead role of a Puritan girl who eventually had to surrender to prostitution in the 1985 feature film ‘Streetwalkin’.

The film was followed by some film and television appearances including the likes of films such as ‘Last Summer in the Hamptons,’ ‘Always,’ ‘Deadtime Stories,’ ‘A Time of Destiny’, ‘The Ballad of Little Jo’ and ‘Venice/Venice’.

On the small screen, her recurring role as the Detective Sergeant Kay Howard on the NBC series ‘Homicide: Life on the Street’ gave her the required breakthrough she was yearning for so far in her acting career.

Starting from 1993, she portrayed the character of the detective with her very own signature naturalistic style of acting until her departure from the show in 1997. In 2000, a film version of the show was made titled ‘Homicide: The Movie,’ in which she reprised the role.

Her admirable performance as the wife of an addict in the 2003 film ‘21 Grams’ earned her a nomination for the Best Supporting Actress from the Los Angeles Film Critics Association besides catapulting her to public prominence.

Melissa Leo followed the performance with a string of challenging roles in various film and television projects including films such as ‘The Three Burials of Melquiades Estrada’ (2005), ‘Hide and Seek’ (2005), ‘Hollywood Dreams’ (2006), and ‘Black Irish’ (2007). In 2008, she played the role of a single mother in desperate financial needs succumbing to her circumstances and eventually becoming a smuggler of illegal refugees in the film ‘Frozen River’, for which Melissa Leo earned a nomination for the Academy Award in the Best Actress category besides winning a host of other awards including the ‘Independent Spirit Award for Best Female Lead’. She once again played the role of a mother in the film ‘Lullaby’ in the same year, this time to a kidnapped, drug-addicted son, garnering a lot of accolades from the critics and audiences alike.

Melissa’s moment of recognition came after her performance the 2010 film ‘The Fighter’. Acting in yet another role of a mother, she eclipsed the other two lead actors’ impressive performances, portraying the role of her two sons and went away grabbing both the Golden Globe and the Academy Award, both in the Best Supporting Actress category.

Melissa Leo presently lives in Stone Ridge, New York and maintains the status of a single woman. She had a romantic affair with actor John Heard for three years since 1986. They together have a son named John Matthew Leo, who was born in 1987. Melissa was granted the custody of her son in 1994 after a bitter court battle between her and Heard for the same. She adopted another child, Adam Leo in due course of time.

Melissa Leo is known for her portrayal of rough, unglamorous, unemotional women adept in surviving the toughest of circumstances in her naturalistic style of expression.