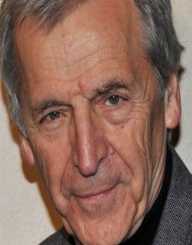 Constantinos Gavras was born on February 12, 1933, in Iraia, Greece. He later went by the name Costa, which he is best known for now.

In the 1940’s, Greece was in financial ruin because of the after effects of World War II. The Garvas family had struggled much during the war, and afterwards, they were destitute. Both parents worked hard, but even with two incomes, they could not afford to send Costa to school in Greece. So, Costa Gavras applied for school in the United States but was turned down, because of the idea that he might have been a communist.

In 1951, Gavras moved to France, where he was finally accepted to an affordable school, the University of Paris. Several years later, in 1956, he left the University of Paris but remained in France to study at the Institute for Advanced Cinematographic Studies (L'Institut des Hautes études cinématographique). It was at this school where he started to study film seriously.

Costa Gavras' first feature-length film was produced in 1965 and was called Compartiment tueurs. The film was moderately successful, which helped to pave the way for him to continue making movies in the future.

Gavras is possibly best known for his films made in the 1960’s, 70’s, and 80’s. In the 60’s, he produced the movie, Z. He also directed the State of Siege in 1972. In 1977, he tried his hand at acting in the film Madame Rosa. Sadly, he was not as great as an actor as he could have hoped, and so he continued to focus primarily on directing, only going on to act in three more movies for his entire career, all of which he played bit characters. These movies include Spies Like Us, The Stupids, and Burke and Hare.

In 1983, Costa Gavras' first movie filmed in English, Missing, was produced. The film was also produced in Spanish. After this, his films were made in several languages, including English and French. Directing movies in more languages broadened his fan base, which in turn, only made him more famous.

In the 1990’s and 2000’s, Costas was directing at a rate of about one movie per every two or three years. He retired from directing in 2012, producing his last film, Capital. Some of his other famous movies are Hanna K., Betrayed, The Little Apocalypse, The Ax, Eden Is West

Throughout his long directing career, Costa Gavras has won dozens of awards and has been nominated for scores more. Some of his most prestigious awards are listed below:

Costa Gavras is married to Michele Ray-Gavras. The couple was married in 1968. Together, they have three children: Alexandre, Julie, and Romain. Both Julie and Romain also work in the film industry like their father.