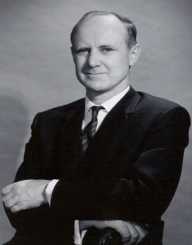 American space scientist William Hayward Pickering was born on December 24, 1910. His place of birth was Wellington, New Zealand. He led the space exploration program of America in its initial stage. He was the leader of the team that developed the American satellite Explorer 1. The satellite started revolving around the earth in 1958. Pickering became the chief of Jet Propulsion Laboratory (JPL), Pasadena, California in 1954. He held the post until his retirement in 1976. He was also the founding member of the United States National Academy of Engineering.

Pickering completed his schooling from Havelock School, Marlborough. He later joined Wellington College. In 1929, he moved to the United States after attending Canterbury University College in New Zealand for one year. Upon his arrival in America, he enrolled at the California Institute of Technology, Pasadena, California. Thereafter, he earned his Bachelor’s degree in 1932. Subsequently, he completed his Master’s degree in Electrical Engineering in 1933. He also completed Ph.D. physics in 1936 from the same institute. He was a specialist in telemetry.

Pickering became a naturalized citizen of America in 1941. Upon completion of his Ph.D., he joined the California Institute of Technology as a staff member immediately afterward. During this period, he developed wearable pieces of equipment. The specialty of these equipments was they could detect the existence of cosmic radiation while in high altitude balloon flights.  This invention was one of his most notable works.

Pickering joined the Jet Propulsion Laboratory (JPL), Pasadena, California in 1944 as one of the section chief. Immediately after joining JPL, he developed the early telemetry system used in spaceships (rockets) of those days. This was amongst his first creditable works. As the manager of the Corporal Rocket Project of the US, he improved the existing techniques in communication and guidance system of the rockets. His important and persistent contribution to the cause of American space exploration program led to his rapid rise in JPL. In 1951, he took charge of the guided missile electronics. He became the director of JPL in 1954. In 1958, he commandeered the launch of the Explorer 1 satellite into space. He also oversaw the modification of the satellite launch vehicle Jupiter C. Besides, his office had the direct control of all the private and corporal missiles of the American army.

America’s first satellite Explorer 1 was launched on January 31, 1958, from Cape Canaveral. Pickering oversaw the whole process and gave tough competition to the Russians. Earlier, the erstwhile Soviet Union launched the first ever satellite of the world, Sputnik four months prior to the launch of Explorer 1. Upon the successful launch of the Explorer 1, JPL transferred all their projects to the newly formed National Aeronautics and Space Administration (NASA). Under NASA, JPL shifted its attention from satellites to unmanned spaceship program.

Pickering further oversaw the launch of Explorer 3 and Pioneer missions. He launched Surveyor and Ranger unmanned spacecraft to the moon. The survey flights of Venus and Mars called Mariner spacecraft and a number of unmanned spaceships probing the solar system was also launched during his tenure as the director of JPL.

One of Pickering’s pioneering efforts in space exploration was the launch of Explorer 1. The satellite orbited our universe for 10 long years and became a successful predecessor of the deep space satellites launched by the US and Russia afterward. Explorer III is credited with the discovery of the Van Allen radiation belt around the earth. He retired as director of JPL in 1976. During that time, Voyager missions were in their final stages of being launched for probing some of the distant planets of our solar system. Another spacecraft Viking 1 was floating in the outer space shortly to be landed on Mars.

Among his other notable accomplishments, the Mariner 2 spacecraft launched on December 14, 1962, successfully completed its targeted mission. The spacecraft flew past the Venus on the 109th day of its journey. It covered a distance of 290 million kilometers by the time it passed the Venus. There were another five Mariner missions before his retirement. They all reached Mars and Venus. Among these missions, Mariner 4 successfully sent close up photographs of Mars to the earth after its journey of 525 million kilometers spanning 228 days.

Pickering married Muriel Bowler in 1932. She died in 1992. They together had one daughter and a son. Pickering married Inez Chapman in 1994. He passed away on March 15, 2004, after suffering from pneumonia. He was in La Cañada Flintridge, California at the time of his death.

Pickering supported his home country New Zealand on many occasions. In his attempt to support authentic science, he became the patron of a school-based research group of New Zealand called Nexus Research Group. He was associated with the group from 1999 until his death in 2004. He also served as sponsor of the New Zealand Spaceflight Association, an organization committed to the cause of astronautics and allied sciences.