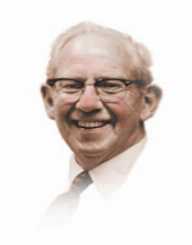 George Joseph Stigler was an American economist born on January 17th, 1911.  He won the prestigious Nobel Memorial Prize in Economic Sciences in 1982. He played a major role in the Chicago School of Economics during his career. The great economist is remembered most for The Theory of Economic Regulation. His article The Economics of Information was also another major work of the economist. In 1962, he wrote the article Information in the Labour Market and many others throughout his career. Henry Simons, Jacob Viner, and professor Frank Knight were the three economists who greatly influenced Stigler. He married once in his life and never remarried even after his wife passed on. He was a father of three sons.

George Joseph Stigler was born on January 17th, 1911. His place of birth was in Seattle, Washington in the U.S. His parents were Joseph Stigler and Elizabeth Hungler. Joseph was a professional brewer but later shifted to real estate business.

For his early education, George Stigler attended Seattle’s public schools. He later joined the University of Washington where he enrolled in a course in Bachelor of Arts. By 1931 he attained his degree from the university. Subsequently, he enrolled at Northwestern University and studied for one year. In 1932 he attained his M.B.A degree.

He later rejoined the University of Washington to further his studies. During this time, he received a scholarship which earned him admission at the University of Chicago. He studied economics while there from 1933. Later in 1938, he enrolled for his doctorate studies. Professor Frank Knight tutored him.

In 1936, George Stigler took a teaching job at Iowa State College. Meanwhile, he began writing and publishing his price theory. Two years later, he quit his job at the institution and continued his research at the University of Minnesota. During the Second World War, he was among the researchers of the armed forces.

In 1936, George Stigler tied the knot with Margaret Mack. The couple was blessed with three sons, Stephen, David, and Joseph. Sadly, he lost Margaret in 1970. He never married again after that.

George Joseph Stigler took his last breath on December 1st, 1991. He was 80 years old when he died in Chicago, Illinois in the United States of America.