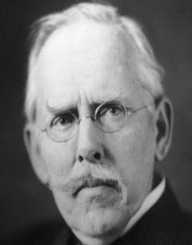 Jacob Riis was born on May 3, 1849. He was a Danish-American social reformer. He was also a journalist and social documentary photographer. He died at the age of Sixty Five Years.

Jacob Riis was born on May 3, 1849, in Ribe, Denmark. He was born to Niels Edward Riis and Carolina Riis. He was brought up alongside fourteen siblings. He read the ‘All the Year Round’ magazine and James Fenimore Cooper’s novels out of the influence of his father. In 1861, he started working as an apprentice carpenter. He later went to Copenhagen to finish his carpentry apprenticeship. In 1868, he returned to Ribe. He immigrated to the United States due to the poor work availability in Ribe.

In 1870, after his migration to the United States, Jacob Riis went to New York City. He started working at the Brady’s Bend Iron Works in Pittsburgh as a carpenter. He later began mining to earn extra cash but embarked on carpentry. He then went to New York City in efforts of being a volunteer army form America to France but was denied the offer. He later worked as a farmer in Mount Vernon, New York. He later worked at a brickyard in Little Washington, New Jersey.

He later returned to New York to enroll for army volunteering to France after reading the article in a newspaper, but he was not lucky since he arrived late. He later went to Philadelphia to seek refuge in Ferdinand Myhlertz house. He later went to Jamestown where he worked as a carpenter. He later went and opened up his sales shop in New York. He later went to Denmark with his fiancée. At this time he started working at the Brooklyn News as an editor of the South Brooklyn newspaper.

In 1873, Jacob Riis was absorbed by the New York Tribune as a Police Reporter. In 1988, he alongside other four photographers made the first flash photographs in the newspapers. He was walking in the streets at night with a camera to take photos of night scenes. He later became famous for the pictures that he brought to the eyes of the public. He later with police commissioner Theodore Roosevelt who later became the president hit the streets at night to view the night scenes.

In 1889, his book ‘How the Other Half Lives’ was published in Scribner’s Magazines. In 1901, he wrote an autobiography ‘The Making of an American.’ In 1902, due to his renowned photography, he wrote the ‘The Battle with the Slum.’ In 1903, he wrote a book titled ‘Children of the Tenements.'

Jacob Riis died on May 26, 1914, in Barre in Massachusetts, United States. He died at the age of Sixty Five Years.