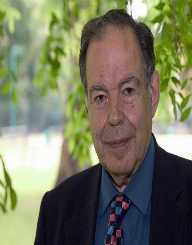 Physician and psychologist Edward De Bono was born in St Julian’s Bay Malta on the 19 May 1933. His father Joseph Edwards was a physician and his mother Josephine Burns, an Irish journalist.

De Bono was a student at St Edward’s College Malta before enrolling to do a medical degree at the University of Malta (1945-1940). He won a Rhodes Scholarship to Christ Church Oxford and obtained a master's degree in physiology and psychology (1955-1961).

After graduating from Christ Church, Oxford De Bono lectured at the University of London for two years (1961-1963). He moved to Cambridge University in 1963 where he taught in medicine, holding various faculty appointments as assistant director of research. During this time he was working on his Ph.D. in medicine from Trinity College. Between 1976-1979 De Bono worked as a research associate and honorary registrar at St Thomas Hospital Medical School which falls under the University of London. From 1979 until 1983 de Bono worked as a research associate at Harvard Medical School as well as an honorary consultant at Boston City Hospital.

In early 1980 De Bono founded the School of Thinking in New York with Michael Hewitt-Gleeson, Eric Bienstock, and Alexandra Jane Noble. In 1990 De Bono arranged a conference with Nobel laureates from around the world in Korea. Then in 1991, De Bono, Kathy Myers, and Clint Keay organized Advanced Practical Thinking Training (APTT) to market the training system to corporations.  A course in Lateral Thinking was developed, and the certification of trainers was started in 1992. By 1995 a network of over four hundred instructors in twenty-seven counties was operating, sales were rapidly increasing, and APTT was proliferating. In 1995 the De Bono Institute was set up in Australia as a center for new thinking and in 1999 online training courses became available. The course was entitled The Effective Thinking Programme.

De Bono was awarded the inaugural Capire Prize for outstanding achievement in 1992, and in 1994 he won the Pioneer Prize. The president of Malta presented him with the National Order of Merit in 1995. De Bono was also nominated for the Nobel Prize in Economics in 2005.

De Bono married Josephine Hall-White in 1971. They have two sons: Casper and Charlie.