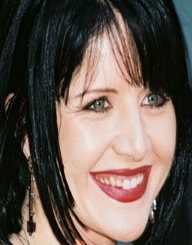 Tina Yothers was born on May 5, 1973. She is an American actress. She is also a singer. She is renowned for her role in Family Ties while still a kid. She is currently Forty Five years of age.

Tina Yothers was born Kristina Louise Yothers on May 5, 1973, in Whittier, California. She was born to Robert Yothers a television producer and Mrs. Yothers. She was brought up alongside three siblings.

In 1976, Tina Yothers started her career by appearing in television advertisements. In 1981, she made her first appearance in a television movie ‘The Cherokee Trail: The Wonderful World of Disney’ as Peg Breydon. In 1982, she made an appearance as Molly Dunloap in ‘Shoot the Moon’ film. She also appeared as Beatrice in ‘Father Murphy’ and in ‘Family Ties’ as Jennifer Keaton a role she played until 1989. In 1983, she featured in the television movie ‘Your Place..or Mine’.

In 1984, she appeared in ‘Domestic Life’ as Sally Dwyer. In 1985, she featured as Jennifer Keaton in ‘Family Ties vacation’ television movie. In 1988, she played a role in the films ‘Crash Course’ as Alice Santini and in ‘Mickey’s 60th Birthday’ as Jennifer Keaton. She also contested and competed in the ‘Battle of the Network Stars.’ In 1990, she played Tracy in ‘Laker Girls’ a television movie. She also appeared as a celebrity contestant in ‘Family Double Dare.’ In 1993, she appeared in the television movie ‘Spunk: The Tonya Harding Story’ as Tonya Harding. In 1995, she featured as Claire Howard in the film ‘A Perry Mason Mystery: The Case of the Jealous Jokester.’

In 1996, Tina Yothers appeared in ‘Kelly’s Gotta Habit: Married…with Children’ as herself. She later wrote and published ‘Being Your Best: Tina Yothers’s Guide for Girls’. She later alongside her brother Cory founded ‘Jaded’ a band where she was the lead vocalist while her brother was the keyboard player. In 1998, they released their first Compact Disc. She later recorded and released ‘Baby I’m Back in Love Again’ as her first single.

In 2004, she played a lead role in ‘Lovelace the Musical’ as Linda Lovelace. In 2005, she served Burt Reynolds Dinner Theatre, Boca Raton as a stock player a post she held until 2007. In 2006, she appeared in ‘Celebrity Fit Club’ a reality television show as herself. In 2012, she featured in the reality show ‘Celebrity Wife Swap’ as herself. In 2013, she appeared as herself in ‘What Not to Wear’ reality show.

In 2002, Tina Yothers got married to Robert Kaiser with whom she had three children, two of her own and one from Kaiser’s previous marriage. She currently resides with her family in Ontario, California. She is presently Forty Five years old.