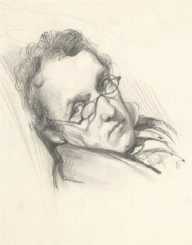 William Makepeace Thackeray was a 19th-century British writer and novelist. Born on July 18, 1811, he was second to Charles Dickens during the Victorian era. William Makepeace Thackeray was best known for his work Vanity Fair, 1848, an extensive view of the English society. Vanity Fair has since been included in university courses. It has also been adapted several times for television and cinema productions. Some of his works include History of Henry Esmond, The Book of Snobs, Pendennis, The English Humorists of the Eighteenth Century and The Rose and the Ring among several others.

William Makepeace Thackeray however never liked Charterhouse, and he would depict that in his fiction as Slaughterhouse. He enrolled at Trinity College Cambridge in February 1829 but dropped out just after a year. After dropping out of school, William Makepeace Thackeray embarked on a trip to Paris and Weimar. Upon his return to England, he decided to study law at the Middle Temple but quit. At age 21, he was given access to his inheritance from his father.

William Makepeace Thackeray, however, wasted the majority of it on gambling and funding two newspapers, The National Standard and The Constitutional, which failed. Part of this inheritance was also lost after the collapse of two Indian banks. This forced him to seek a profession to support him, hence turned to art. William Makepeace Thackeray could not pursue it as a profession only that would use the skill as an illustrator for some of his novels and other works.

After getting married in 1936, William Makepeace Thackeray saw the need to work to cater for his family and therefore started a career in writing. William Makepeace Thackeray first worked as a journalist for Fraser’s Magazine, writing on art criticism and fictions. It was during this period that he worked on the fictions, Catherine and The Luck of Barry Lyndon. He reviewed book for The Times from 1837 to 1840and also contributed to The Foreign Quarterly Review and The Morning Chronicle.

William Makepeace Thackeray published the travel books, The Paris Sketch Book and The Irish Sketch Book in 1840. The books had some success among the British but Irish Catholics met the later with hostility. This was what gained him a writing position at Punch as Irish expert with the pseudonym HibernisHibernian. It was through his lasting friendship with John Leech that gained him the position and William Makepeace Thackeray would work there from 1843 to 1854. It was through it that he published his work, The Snob Papers, that later became The Book of Snobs. The Snob Papers gained him recognition and was serialized from 1846 to 1847.

In 1848, it was published in a book form. William Makepeace Thackeray novel, Vanity Fair that was serialized from January 1847, was what made him famous and established his credential as a talented writer. Despite the Vanity Fair being satiric of the English Society, he became highly sought for by the lords and ladies whom he satirized. His popularity surged and was compared to Charles Dickens and is quoted to have said he remained "at the top of the tree."

In 1829, William Makepeace Thackeray published Timbuctoo, but The Yellowish Papers, which was serialized in Fraser’s Magazine in 1837 is usually considered as his first work. In 2009, BBC Radio 4 adapted it, where Adams Buxton played the role of Charles Yellowplush. His novel, Catherine was published by Fraser’s from 1839 to 1840 and in 1844 came out with The Lucky of Barry Lyndon. He published several other works

Due to his wife’s ailment, Thackeray had relationships with other women including a married woman, Mrs. Jane Brookfield, and Sally Baxter. Thackeray suffered a stroke on December 23, 1863, and was found dead the following morning. William Makepeace Thackeray was interred at Kensal Green Cemetery on December 29, 1863, and his funeral was attended by 7,000 people.