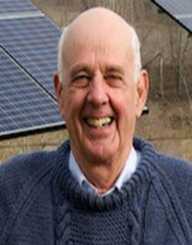 Wendell Erdman Berry was born on August 5, 1934, in Kentucky, USA. Berry was the first-born amongst his siblings; they were born four siblings in their family. His parents John and Virginia Berry were both natives of Kentucky.

After his high school years at Millersburg Military Institute, Berry enrolled at the University of Kentucky. He graduated with a degree in Arts in 1956. Two years later, he earned his Master degree in Arts with a major in English from the same institution. He further studied at the Stanford University, under the Wallace Stegner program in 1958.

In 1961, Wendell Berry moved to Europe. After a small stay in France and Italy, he returned to America. He taught literature in two universities before retiring from lecturing. Wendell lectured English for two years at the New York University, starting from 1962. In 1964, he moved to his hometown. He got a job to teach at the University of Kentucky until 1977.

After his resignation, Wendell Berry went back to his farm to join his family. He had bought the 125-acre land in 1965 while still a lecturer at the Kentucky University. His maiden publication came in 1960. This first novel was titled Nathan Coulter. His love for farming has been demonstrated in several of his books and essays.

The Memory of Old Jack is a novel published in 1974. In the book, Wendell noted the human aspect of land destruction. The most notable narrations are in the essay The Long-Legged House. In his poems, the issue of land is also noted. In the poem The Broken Ground published in 1964, Wendell delves deep into the human involvement in destroying the environment.

Like most of his contemporaries, Wendell Berry's poems talked about all things in life. The earlier discussed issues of land to religious beliefs. In his widely known Sabbath Poems collection, he writes matters religious. As a principled Christian, Wendell discusses the importance of divinity in human beings’ lives. He also emphasizes the connection between good religious practices and the wellbeing of man and the environment.

In addition to poetry, Wendell Berry was well versed with fictitious characters. His collection of novels narrates of diverse issues. His earlier novels like Nathan Coultler, A Place on Earth, and The Memory of Old Jack, all talk of land management.

Wendell then went to racial inequalities in the society as indicated in the novels Remembering, A World Lost and Hannah Coulter. He is active in addressing social injustices.

Though not actively in mainstream politics, Wendell Berry has never hesitated to state his position on matters political. In 1968, he raised his voice against the American involvement in the Vietnam War. In the essay, A Statement Against the War in Vietnam, he argued his concerns about the drafting of innocent Americans into a war he thought was unnecessary.

When the US government constructed a nuclear plant in Indiana, he voiced his concern. In the 1979 civil disobedience, Wendell used his influence as a respected figure to actualize the demonstrations.

During the advent of the war after the New York terror attack in September 2011, Wendell Berry became one of the biggest critics of the operation. He argued that the new security measures were detrimental to the American civil liberties.

His participation in other political activities has also been active. In 2009, he rallied other writers in petitioning the Kentucky governor to abolish the death penalty in the state. He was part of the demonstrations in opposing the construction of a coal factory in Kentucky in 2009. The Kentucky administration subsequently abandoned the idea of coal as an alternative energy source.

Wendell Berry has shown solidarity by participating in other landmark civil demonstrations all over the US.

Wendell Berry is known all over as a man who is deeply principled. All through his life, he has used his writing ability to address issues in the society. Wendell has always maintained that the human race must live to conserve the environment. He believes that without the harmonious coexistence with nature, the human race stands to lose out.

To him, it is the rural farming communities that give life to the world. Ironically, it is the same rural farmers that are hard hit by the harsh environmental and climatic changes. If the urban dwellers make the right policies, then the farms will be productive, and diseases will be manageable.

At the age of 84, Wendell is still a dedicated farmer, environmentalist and a man deeply rooted in literature.