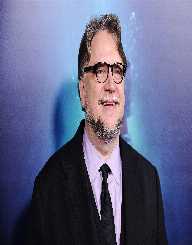 Del Toro was about eight years of age when he began experimenting with his father’s camera. Del Toro made short films using his toys, and even his family.

Del Toro studied at the University of Guadalajara, in the Centro de Investigacion y EstudiosCinematograficos.

Del Toro’s film debut was a short movie released in 1985, called, Dona Lupe. He wrote, directed, and was also executive producer of the film. This was followed by nine more short films before Del Toro did his first full-length feature.

Cronos was del Toro Gomez's first feature film. It was a Mexican horror movie which was written and directed by del Toro and released in 1993. Del Toro was involved in two more movies in 1993 and 1995 where he was the special effects makeup artist.

In 1997, Miramax Films gave Del Toro a $30 million budget to write and direct Mimic. In the end, Del Toro was unhappy with his treatment by Miramax.

It was also around this time that his father was kidnapped in his hometown of Guadalajara. del Toro Gomez’s good friend, fellow filmmaker James Cameron, withdrew $1 million of his own money to help del Toro pay the ransom for his father.

Del Toro Gomez’s father was released once the ransom was paid, but the family moved overseas so nothing similar would happen again.

Del Toro has been involved in a wide variety of movies, although they are generally in the fantasy or horror genres. He has directed ten feature films, but between 1985 and 2018, has been involved 56 movies. This includes directing, writing, producing, or a combination of the three. Del Toro has also been a special effects makeup artist and a voice actor in animations such as Kung Fu Panda 2 and 3.

Del Toro was also credited with co-writing for the film adaptation of J.R.R. Tolkien’s, The Hobbit.

In 2010, Del Toro opened Mirada Studios in conjunction with Guillermo Navarro, Mathew Cullen, and Javier Jimenez. Navarro is a cinematographer, Cullen a director, and Jimenez an executive producer.

In 2009, Del Toro and Disney announced they would be doing some animated movies based on del Toro’s book, Trollhunters. In 2010, Del Toro moved the project to DreamWorks instead, and the production was released on Netflix. It has received great acclaim and is heading to be the number one children’s show ever watched on Netflix.

Del Toro has been nominated for over 100 awards, and he has won 46 of them. Awards won include two Academy Awards, two BAFTA Awards, one Golden Globe, and six Ariel Awards.

Del Toro married Lorenza Newton in 1986. The couple have two children. They separated in 2017 and divorced later that same year.