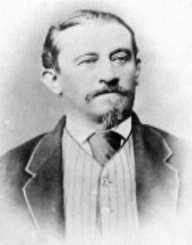 Fran Levstik was born on September 28th, 1831. He became famous for his remarkable poetic skills. In addition to this, he was also a playwright, political activist and a novelist. During the 19th century, Levstik was one among the highly acclaimed writers of all time. He began writing when he was young. By the time he was 16 years old, he had already written his first poem.

Fran Levstik was born on September 28th, in 1831. His birthplace was in Dolnje Retje, Slovenia. Right from the beginning, his interest in literature was profound, and this influenced his early poetic writings at the age of 16. At first, he enrolled with Ljubljana for his early education. Later, he went to high school completing his education in 1854. Soon, he migrated to Vienna. Here, he took theology classes for one year. He completed his lessons in 1855.

After that, Fran Levstik went to another theological college in Germany before returning home in 1858. It was during this period that Levstik began working as a teacher.

Fran Levstik published his first prose writing in 1853. This work was called Bu?elstvo. In 1854, he published a collection of the poems that he had written. This single publication was given the name ‘Poems.’ Human Resource Management came in next in 1855 and marked his first dramatic piece. Three years later, he published Martin Krpan z Vrha. This would later be identified as one of his greatest works. This work introduced people to the Slovenian culture through the eyes of a Slovenian protagonist. During the same year, he published Popotovanje od Litije do ?ateža. This work talked more about the experiences encountered in traveling from Litija to ?atež. This work also earned him fame considering the literary techniques utilized in his writing.

The following year, Fran Levstik published another set of poems under the name Tona's Poems. This publication marked a transition from melancholic themed poems to love poems. In 1861, Levstik got himself a job as the Slavyansk’s reading room secretary. His employment followed this as an editor for Next. This was a political newspaper for Vilharjeva. In the late 1860s, Levstik got another job as a German dictionary editor.

His second set of love-themed poems came in 1870 with the publication of Franja's Poems. Later on, other collection of poems that he published included Reflections, Songs for Youth and Satire.

Fran Levstik suffered from mental illness at the late stages of his life.

It is as a result of prolonged suffering from mental illness that contributed to Fran Levstik’s death on November 16th, 1887. Fran Levstik was 56 years old when he passed away.