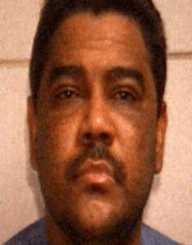 Bartolome started out in America working in legitimate businesses. He worked in a travel agency and also in a garage. But the garage he worked at was a large distributor of cocaine and heroin.

Bartolome Moya became the Shadow Kingpin. His crew along with his enforcer Andre Paige struck terror in the hearts of many in his community and on the streets. There were a deadly drug and extortion ring in New York City. His operation was mostly in South Bronx.

Of note, at the time of the operation, a lot of cocaine came out of the Dominican Republic. Bartolome would find young men in need of money and afraid of the police to deal with his drugs. How he kept control of those who worked under him was by fear, murder, kidnapping, and robbery.

The murders were done execution style. Most murders occurred after a kidnapping. Many, if not all, kidnap victims did not return once taken, even if a ransom was paid.

What got Bartolome in trouble was his murder victims. His crimes occurred between the months of July 1, 1988, to July 1991. He had the busiest heroin market business model basics on the sale and distribution of drugs and violence.

Whenever Bartolome had a problem he sent Andre Paige and his crew. He, Paige, would take another identity as would the crew.  What the group did was to dress up and impersonate police officers in police paraphernalia. This is how Bartolome got his information about what was happening in the drug business and also how he obtained new drugs to sell on the street.

In October 1990, Moya’s crew kidnapped three men and one woman. All three men were killed and then placed in separate public places. This got the police’s attention. The woman was also killed and placed in a public place. As the police from different parts of the city searched for the killer and the bodies, they caught a break- the weapon used in the killings of all four individuals. The police found out it was the same and where it came from.  This created the operation called the Hercules Task Force. Not only were the police involved but the ATF.

Tensions escalated as Moya started to go after his rival drug dealers out of state. On July 13, 1991, in a room at a hotel was a drug dealer who lived in New Jersey.  That same drug dealer was blown up with dynamite. Weeks earlier, that same drug dealer’s brother was also murdered in Florida. The connection-the task force investigation found out, it was bombs made by the same guy.  What they also determined that the crimes now committed did violate the Interstate Commerce Act and were a good match to have the perpetrator arrested under RICO statutes.


The Investigation into Crimes Committed by Bartolome Moya

Manuel got picked up by the cops and told that both Moya and Paige were behind the crimes. He also told where they were currently staying at or holed up.  This led to their arrests along with other members of their crew. In March 1993, Moya was indicted on federal racketeering charges, murder and running a continual criminal enterprise using police uniforms.

When he was picked up, Moya was in Philadelphia very sick. He was skinny and sick in need of a heart transplant. Andre Paige was also arrested. While his crew cooperated in exchange for lesser sentences, Moya, arrested in August 1993 who did not look healthy at 35 years of age was told he had six months to live.  He would then die of congestive heart failure. His lawyer requested that he not stand trial as he would not survive. The judge agreed and dismissed the case without prejudice. So in October 1993, Moya was sent back home to die.

In February 1994, Moya was qualified for a program at Temple University and received a heart transplant paid for by American tax dollars.  A drug dealer killed Moya style, was a perfect donor for Moya.

Upon finding out what happened, the police went to re-arrest Moya. But, he was released to house arrest due to his medication and condition. He would most certainly die in prison. Upon his release, he fled to the Dominican Republic where he was a national and could not be extradited. He even got his medication on the black market. With the help of the Dominican police, he was arrested by the American police.

When he got back he stood trial and pled guilty to 13 homicides and in September 1991 he was sentenced to 25 years in prison. He died in prison less than three years after his conviction.